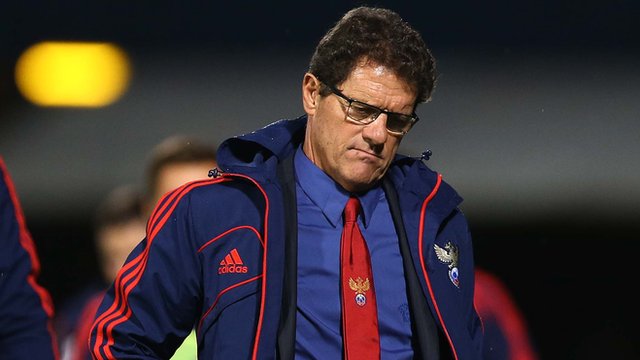 Jose Mourinho and Antonio Conte as “totally out of their minds”: Fabio Capello

Former England manager Fabio Capello branded feuding managers Jose Mourinho and Antonio Conte as “totally out of their minds” for letting their public spat get out of control.Chelsea manager Conte and Manchester United’s Mourinho have been engaged in a war of words in the build-up to next month’s clash between the two sides in Old Trafford.

But Capello believes both men have lost control and that fellow Italian Conte may have underestimated how well Portuguese Mourinho handles the press. “I think Conte didn’t realise who he was up against,” Capello told Sky Sport Italia. “It’s the Chelsea shirt which makes managers nervous. Remember how wound up Mourinho got when he was Chelsea manager? Conte’s just doing what Mourinho used to do. “We all remember Mourinho on his knees in the middle of the field, running wild after his side won.” Conte and Mourinho have been arguing since the Portuguese suggested his rival was a “clown” for being so animated on the touchline. Conte responded by saying Mourinho was “senile” and “a little man” for making references to the Italian’s ban in Italy over alleged match-fixing, which he was later exonerated in 2016. “They’re completely out of their minds,” said former Real Madrid manager Capello, now coaching in China with Jiangsu Suning. I never thought it could get this far. But remember, when you wind Mourinho up, he’s very clever in these debate situations. Maybe once again he just wants to divert the attention from his team.” “I don’t think that Conte has realised who he has been dealing with yet. In my opinion, he should have said just one thing. If Conte used the ‘senile’ word he certainly made a mistake.” Meanwhile, former Manchester City manager Roberto Mancini believes the feuding pair will soon make up.”You’ll see, they’ll meet and it will end up with tarallucci and wine,” the Italian told Gazzetta dello Sport.
]]>