Rajinikanth’s upcoming venture ‘Kaala’ has been much talked about. ‘Kaala’ also known as ‘Kaala Karikaalan’, is a gangster genre film written and directed by Pa Ranjith. It has been produced by Wunderbar Films. It is a Tamil venture dubbed in other languages. Films sought to cast Vidya Balan in a leading role, but the actress turned down the offer. Actress Huma Qureshi was later added to the cast in early May 2017 to feature in a role opposite Rajinikanth. Marathi actress Anjali Patil also announced that she would be playing an important role in the film through a post on her official Twitter account.Several members of the technical crew of Kabali were retained for Kaala, with A. Sreekar Prasad replacing Praveen K. L. as the film’s editor during its pre-production stage. Bollywood actor Nana Patekar has been signed to play a politician who is the antagonist. As said earlier, Huma Qureshi is not paired with Rajinikanth; Easwari Rao is doing that role.Dileepan of Vathikuchi fame is playing as one of the sons of Rajnikanth and Huma Qureshi is playing Zareena, Rajnikanth’s ex-girlfriend.[18] It was also revealed that Mammotty (in a cameo appearance) would join Rajinikanth again two decades after their 1991 film Thalapathi.Rajinikanth plays the lead in this flick while the supporting cast includes veterans like Nana Patekar, Mammootty etc. The film also stars Huma Qureshi, Anjali Patil, Samuthirakani, Sukanya, Eswari Rao to name a few. South superstar  Dhanush is producing the film. He took to Twitter and shared the teaser link in various languages This is Rajinikanth’s first film after he announced his entry into politics  In this first teaser megastar Rajinikanth as Kaala who heads a community in Mumbai, challenging the opposition in undying rage and confidence. He is the unapologetic Karikaalan — The god of death and the one who fights to protect. And it looks like the man sets off to pluck out every one and anyone who comes in his way, or rather in the way of his people’s lives. Much like Kabali, Rajinikanth plays a role closer to his real age and is quite the ageing don. Huma Qureshi is seen as a part of his community but little is revealed about her role in this gangster plot. Eswari Rao plays the fun loving and goofy role of Rajini’s wife. So far, there is nothing we have not seen before of the superstar. However, unlike Rajinikanth’s previous glimpses, Kaala plays it a little subtle with the first teaser of the larger than life actor’s role . Rajinikanth was seen in director Pa Ranjith’s ‘Kabali’ in 2016 which was a huge hit at the Box Office. According to the filmmaker, the title of the film is a reference to Lord Yama, the god of death. The teaser shows Rajini’s supreme style which will keep you hooked to the screens. Also, Nana Patekar’s part looks interesting. We are now waiting for the official trailer to release soon. ‘Kaala’ is releasing on April 27, 2018. ]]> 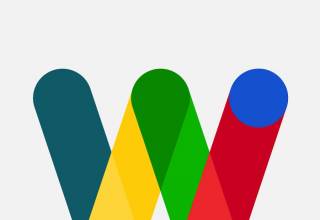 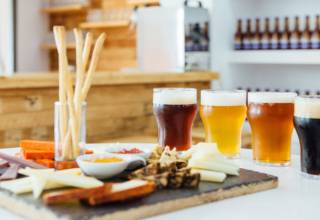