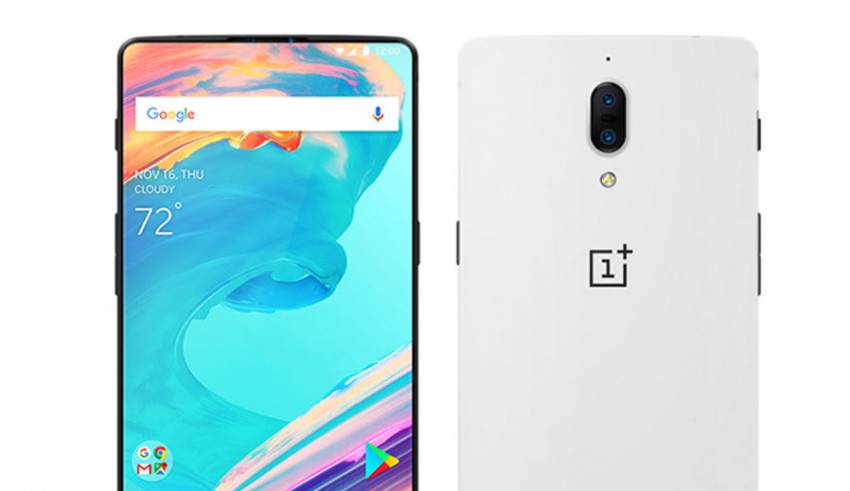 the chiness smartphone maker OnePlus continues to shake-up the market with its top spec but low priced devices.Now things could be about to get even more exciting for fans of this popular brand with the launch of the new OnePlus 6. The Chinese firm has already pushed the boundaries with its OnePlus 5T which features an almost edge-to-edge display and dual camera for a price of under £500 and the OnePlus 6 could improve things even further.There are still several weeks to go before the official unveiling but that hasn’t stopped the leaks and rumours from surfacing online. In the latest leak, the supposed OnePlus 6 has been spotted with an edge-to-edge display and an iPhone X-like notch on top. The leaked OnePlus 6 images also reveal a vertical dual rear camera setup on the back of the handset.   Alleged leaked pictures of the OnePlus 6 have recently emerged on Chinese tech website IT Home From the first look, this phone sports a glass body design and a bezel-less display. What’s interesting is that it seems to have borrowed the “notch” design from the iPhone X, possibly to incorporate the selfie camera and face unlock sensors. Apart from that, it has a vertical dual camera setup at the back, with a fingerprint sensor and the OnePlus logo right below. The report suggests the supposed OnePlus 6 – with model number P7819 – will come with specifications such as 6GB RAM, 64GB inbuilt storage, and Android 8.1 Oreo. However, these are unconfirmed reports and need to be taken with a pinch of salt; there are still several days to go before we might see renders from authentic sources. We can expect the phone to be powered by the latest Qualcomm Snapdragon 845 SoC, keeping in mind the company’s statement made on the sidelines of CES this year. OnePlus CEO Pete Lau had confirmed in January that the company’s next flagship would be launched in the latter part of Q2 2018, which suggests the phone might be launched before June end. Interestingly, Lau also said that the launch of a mid-year upgrade (OnePlus 6T?) is not 100 percent confirmed, hinting at a change in strateg There’s no confirmation that these new leaks are real but, if true, it will only go to boost the OnePlus popularity among its avid fans and cause the flagship competition even more headaches. And to prove just how well the OnePlus 5T has gone down the firm recently revealed that it has sold-out of its limited edition Lava Red OnePlus 5T in the United States. The Chinese smartphone start-up shared the news on Twitter earlier this week. It posted: “The last embers fade in. The #OnePlus5T Lava Red is officially sold out in North America!]]>