Liverpool vs Leicester: chelsea vs stoke, What time does it start, live goal update Liverpool host Claude Puel’s Leicester at Anfield in a game that promises plenty of goals, with 14 in the last three Premier League meetings between the sides.Leicester have become something of an Achilles heel for Liverpool in recent years, with Leicester’s counter-attacking style exploiting Liverpool’s slow and vulnerable defence. 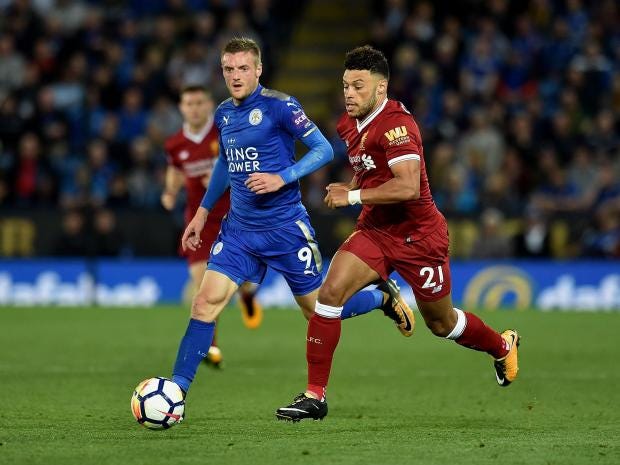 Liverpool enter the game in good form after beating Swansea 5-0 in the week, though Jurgen Klopp’s side have failed to win two on the bounce since beating Brighton in early December with draws against Everton, West Brom and Arsenal halting their advances in the table. Leicester’s promising winter form that saw them win four games in a row, with away victories against Newcastle and Southampton, seems to have dissipated after confidence shattering losses to Crystal Palace and Watford. Puel will be eager to see his side leave Anfield with a share of the spoils against a side that leave themselves exposed at the back. The pace of Jamie Vardy, Demarai Gray and Riyad Mahrez will be a key feature in the game. Claude Puel is still without Robert Huth and Matty James, though the pair are thought to be nearing a return to action. Signed too late to be eligible to play the first half of the season, Sporting Lisbon midfielder Adrien Silva will complete his move to Leicester once the January window opens, a boost for the side heading into a hectic fixture list in the New Year. What time does it start? Liverpool vs Leicester is at 15:00 on Saturday. Where can I watch it? The game will not be televised but highlights will be available on Match of the Day at 22:30 on Saturday on BBC1. Previous three meetings… Leicester 2 Liverpool 3, Premier League, 23 September 2017 Leicester 2 Liverpool 0, League Cup, 19 September 2017 Leicester 3 Liverpool 1, Premier League, 27 February 2017 Form guide… Liverpool: DDWDW Leicester: WLDDL Odds… Liverpool: 3/10 Leicester: 15/2 Draw: 9/2 team news: Liverpool captain Jordan Henderson remains unavailable for his side’s home game against Leicester.Henderson missed the Boxing Day win over Swansea with a hamstring injury and no date has been put on his return.Left-back Alberto Moreno could miss another three games with ankle trouble, Nathaniel Clyne is still sidelined by back trouble and forward Daniel Sturridge is a doubt after illness. starting lineup for liverpool: Karius, Gomez, Matip, Lovren, Robertson, Milner, Can, Coutinho, Salah, Firmino, Mane. Subs: Wijnaldum, Klavan, Lallana, Oxlade-Chamberlain, Mignolet, Solanke, Alexander-Arnold. Leicester: Schmeichel, Amartey, Morgan, Maguire, Fuchs, Gray, Ndidi, Iborra, Albrighton, Mahrez, Vardy.Subs: Hamer, Musa, Dragovic, Slimani, Okazaki, James, Thomas.]]>

2 thoughts on “liverpool vs Leicester: chelsea vs stoke, What time does it start, live goal update”

WHO IS LORRAINE CHEN? IS SHE A SCAMMER?

6 Tips for Buying a Warehouse for Sale

What Career After Hotel Management Course?

How To Trade On A Crypto Exchange