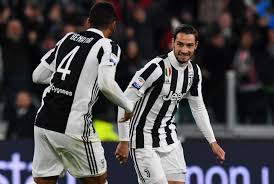 With the  victory, Juventus broke a long invincibility of Napoli in the Italian league. Including last season’s matches, the South Italy team did not lose 26 games . If we take into account only the clashes in Naples, the team of Maurizio Sarri  did not know what was defeat since October  15, 2016 , when he succumbed to Rome  by 3 to With the result, Juventus reduced Napoli’s lead to just one point in the Italian Championship table. The Old Lady’s victory was also good for Internazionale, who enter the field on Sunday against Chievo at Giuseppe Meazza, and can take the lead if they beat the rivals. After 14 rounds, the dispute is much more open than in previous years, a fact that will force the Bianconeri team to overcome if they want to continue making history and raise their seventh national title in a row. Besides the defensive consistency of Juventus, who also stood out was Higuain. The former Napoli player again was the executioner of the South Italian team. Although he is the target of some criticism by the fans and faces the lack of prestige in the Argentine team, and was even summoned by Jorge Sampaoli in the last rounds of the South American Qualifiers, jersey 9 once again proved decisive. The game – Soon after four minutes Higuaín received a good pass inside the area and finalized with whimsy in the right corner, forcing Pepe Reina to make good defense. Nine minutes later the rival goalkeeper failed to repeat the feat. Dybala pulled a counterattack and gave the Argentine striker a good tackle, which he received on the right and touched the Spanish archer’s exit to open the scoring. With the Juventus goal early in the game, Napoli were forced to break free. Counting on the great support of his fans, who are looking forward to a new national title, which has not happened since 1990, when Diego Maradona still defended the team from southern Italy, Maurizio Sarri’s team arrived in danger for the first time at 18 minutes, when Hamsik fired a shot in the right corner of Buffon, who made great defense. In the second half of the initial stage was the experienced goalkeeper of Juventus who took the lead. In the midst of great pressure from home owners, Buffon had to unfold to keep Napoli from drawing. After Chiellini’s great vacillation, Insigne got the ball and sent it in the left corner, high, causing the veteran archer again to fly to send to corner. After the corner, Buffon again brilliantly blocked the header of the striker and star of the team, who this time headed in the right corner. publicity In the complementary stage Juventus had to prove that it still has a defense as consistent as those of the last years, when the team managed to reach the final of two editions of the Champions League, in addition to the Italian hexacampeonato. Napoli returned to the field even more aggressive and ready to get the tie and the turn. Precisely for this reason, Chiellini and Benatia did not rest in San Paolo. Gradually the match turned into an attack against defense. With the strategy of exploring the spaces left by Napoli through the counterattack, Juventus closed with a line of four and another of five players. Even Higuain, the Old Lady’s centerfighter, figured most of the time behind the midfield. Despite the cautious stance of the Turin side, Massimiliano Allegri’s side disengaged a little from the offer in the 23rd minute, when Matuidi, on the back of the scoreboard, received a good cross from the right and hit first at the flare, however, saw Pepe Reina make an exceptional defense. After the great opportunity of Juventus to kill the match, the visitors returned to concentrate their efforts in the defense. With just a few minutes to go, Hamsik, Insigne, Mertens and the company went all-out with their rivals, at least to secure a draw. However, the bianconeri behind was really inspired this Friday and managed the difficult task of holding the team of Maurizio Sarri, had by the prestigious coach Pep Guardiola as one of the teams with the most beautiful football in Europe.]]>