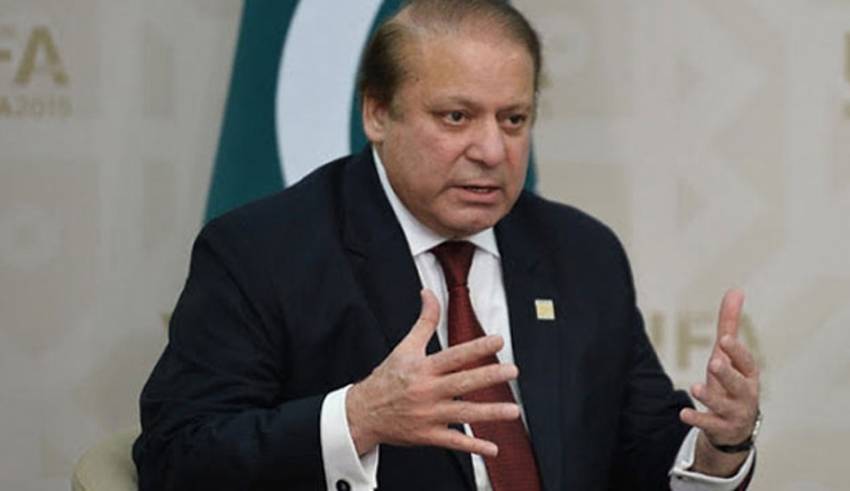 Nawaz Sharif admits Pakistan Kasab and his fellow Lashkar jihadis and Karachi role in 26/11 Mumbai terror attacks we have big breaking coming from Pakistan Ex-Prime Minister of Pakistan  Nawaz Sharif has publicly admitted that militant organizations are active in Pakistan and questioned Pakistan policy to allow the “non-state actors” to cross the border and “kill” people in Mumbai during.his interview given to Pakistan leading newspaper Dawn. remember dawn is one of the leading newspaper in Pakistan. This is a rare admission from any top-level  Pakistan political leader, almost 10 years after the terrorist attacks in Mumbai in November 2008. His party is still in the ruling establishment, whose term expires in May-end. Kasab and his fellow Lashkar jihadis had set out from Karachi after they were rigorously trained by Lashkar handlers, which included at least two serving officers of the Pakistan army  Sharif, who has been disqualified from Pakistan prime minister by the Supreme Court in the Panama Papers case, said Pakistan has isolated itself. “We have isolated ourselves. Despite giving sacrifices, our narrative is not being accepted. Afghanistan’s narrative is being accepted, but ours is not. We must look into it,” he said in an interview to Pakistan’s leading newspaper, Dawn. Without naming Mumbai attack mastermind Hafiz Saeed and Maulana Masood Azhar’s militant organizations — Jamaat-ud-Dawah and Jaish-e-Mohammad — operating in the country with impunity, Sharif said: “Militant organizations are active in Pakistan… Call them non-state actors, should we allow them to cross the border and kill over 150 people in Mumbai? Explain it to me. Why can’t we complete the trial.” read this also Parmanu – The Story Of Pokhran trailer: John dhoom star John Abraham Is ‘Happy To Return To Films After 2 Years The Mumbai attacks-related trials are stalled in a Rawalpindi anti-terrorism court. “It’s absolutely unacceptable (to allow non-state actors to cross the border and commit terrorism there). President (Vladimir) Putin has said it. President Xi (Jinping) has said it,” he said. Citing the military and judiciary establishment, Sharif said: “You can’t run a country if you have two or three parallel governments. This has to stop. There can only be one government — the constitutional one.” Sharif, known for his pro-India views, is perceived by Pakistan’s Army as a politician who has challenged their authority. In the last few years, Sharif tried to improve bilateral ties with India even Indian prime minister Narendra Modi visited Pakistan, but terrorist attacks happen in  Pathankot — a week after his meeting with Prime Minister Narendra Modi in Lahore has stopped the all dialogue process effort. This was followed by Kulbhushan Jadhav’s sentencing, and Uri attacks, thereby derailing the dialogue process.]]>