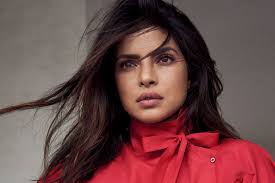 Priyanka Chopra’s show  Quantico ,will not return for a fourth season bad news Bollywood actress Priyanka Chopra new season of political thriller  Quantico has been canceled  according to media reports  variety  third season of Quantico has managed to return  his viewership it has more thane 3 million viewership according to media reports from Quantico tv show Priyanka Chopra gain popularity in American every house In Quantico tv show Bollywood desi girl, Priyanka Chopra was playing the role of   Agent Alex Parrish   Chopra has even won two People’s Choice Awards for her performance as Agent Alex Parrish in the show.  Priyanka Chopra fan don’t need to be unhappy many more famous tv show like A slew of shows,The Mick, Zach Braff starrer Alex, Inc, Marvel series Inhumans, Deception, The Crossing, Designated Survivor, Lucifer and The Last Man on Earth has been canceled. Quantico tv series  Created by Joshua Safran, Quantico starred Chopra, Josh Hopkins, Jake McLaughlin, Aunjanue Ellis, Yasmine Al Massri, Johanna Braddy, Tate Ellington, and Blair Underwood in pivotal roles read this also Former miss world Priyanka Chopra got married secretly? The actor responds rumours Priyanka Chopra has also been signed for Salman Khan starrer Bharat. Director Ali Abbas Zafar said that the actor will be in leading role in  Bharat movie the movie. “Bharat is Priyanka’s movie will be returning to Bollywood after Baji Rao mastani where she played the role  Kashibai,  having proved metal as a performer in a global TV show,  like Quantico, and in Hollywood. Bharat is rooted in India and its culture, spans over seven decades and travels across the world. Priyanka is the biggest Indian artist globally today and a perfect fit for the film as she brings to the table her incredible talent and international appeal,” the filmmaker had said in an earlier interview. before bharat movie Salman Khan and Priyanka Chopra have earlier collaborated on movies like  Mujhse Shaadi Karogi, Salaam-E-Ishq which had done quite well in box office]]>