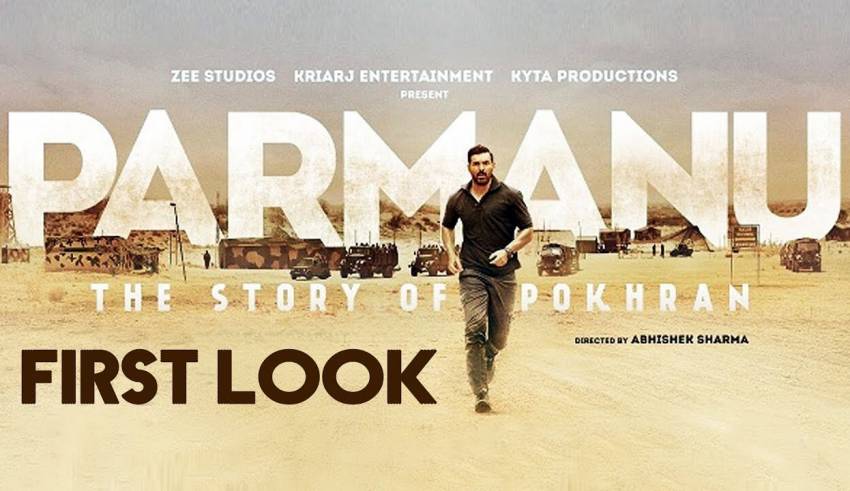 Parmanu – The Story Of Pokhran trailer: John Abraham Dhoom star John Abraham Is ‘Happy To Return To Films After a 2-year long gap

Parmanu – The Story Of Pokhran trailer: 11th of may 1998  was a day when India tested its first nuclear test despite all restriction by the USA this was the proudest moment for every Indian John Abraham choose 11th may release the trailer of his latest upcoming Parmanu movie. pramanu Movie story base on India first nuclear test

here is  a complete list of Paramanu movie star cast

Parmanu movie is very important for Diana Penty beacuse her movie like luckunow central not done well box office collection  About the film, Abraham said: “Parmanu is an ode to the Army and scientists, who although ordinary people, truly accomplished extraordinary feats in the face of adversity to ensure that India finds its due place on the world nuclear map john Abraham  last movie force 2 talking to INS news

john said The actor who was last seen in Force 2 is delighted to return to the silver screen after two years. John said that he is happy to return with a film like Parmanu – The Story Of Pokhran. When asked about the reason behind the actor’s absence post Force 2, the 45-year-old actor told news agency IANS, “I like taking time for the right subject. So, I am very happy to wait for two years and come back with this film.” He added, ” After Force 2 I could have signed 10 films out of insecurity, but I didn’t do that. As a producer, I have the authority to decide what kind of film I want to do and what not.”

Parmanu – The Story Of Pokhran trailer