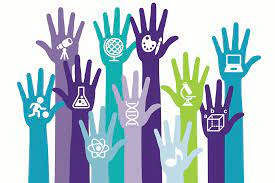 Home Business Preparing Your Child for Employment Landscape of the Future

Being able to adapt to the needs of any economy will help an individual stay employed. If you go through any website that posts job opportunities, the number of listings involving computer skills has increased. As companies automate and digitalize certain aspects of their administrative workload, it is understandable that someone technologically adept will be a preferred candidate.

Although it is not advisable to spend too much time on a screen, weighing in the benefits to your child’s career will call for a balancing act. So long as you teach them how to take breaks and relieve their eyes, the chances of them straining their eyes can be reduced. You can also train them to sit correctly in front of a screen with the right angle for their eyes and arms.

The jobs of the future are going to deal with digital technology. Now, more than ever, it is essential to encourage your children to learn how to code. A great way to do so is by gifting them a kit to build a gaming computer that shows them the power of learning a coding language. It is a way to help them understand how programs work and the importance of logic and sequences.

Furthermore, it encourages problem-solving at a young age. Aside from encouraging their imagination, it helps develop world-building skills, an essential trait for future game developers and writers.

Here are other roles that are going to be in demand in the upcoming decade:

As esports is becoming a more prominent form of entertainment and competition, some people desire to be great at particular games. After all, you might have heard of million-dollar prizes for willing teams at esports tournaments. There is also the prospect of being an influential person on the internet through streaming video gameplays and walkthroughs. Recent online content focus on sharing experiences with games. This indicates a trend in a desired talent of the future: being a good player.

Like vocal coaches or fitness trainers, those able to coach esports teams are expected to have formidable experience and dexterity in a particular game. Apart from a short reaction time, they need to solve problems on their feet and have in-depth knowledge of the nuances of the program. For instance, if there are bugs in the code, it can help their team be aware of the glitches if they need to use these mistakes to their advantage.

Esports coaches can charge a hefty fee for their specialized knowledge and training. They are also likely to get a portion of the prize if their team wins at a tournament. Even though there is no formal path for such a career, it can help to have an individual be immersed in the game. This is akin to how basketball players face the uncertainty of becoming a basketball coach someday. On the bright side, it helps to have the right skills at the right time.

Since humans can troubleshoot problems and develop solutions creatively, engineers that specialize in robotics can be in a position that is in demand. Again, it is crucial to develop your child’s cognitive abilities as well as logic. This can be done by practicing math and allowing them to solve problems on their own. If they are having trouble, it can help guide them through a similar sum so that they know how to tweak related solutions next time around.

This role involves software and mechanical engineering, requiring skills in coding languages and physically building a robot from parts. Your child can take up mechanical or computer engineering and focus on a branch that works with developing robots. Allowing them to practice at home can also be a great way to encourage them toward this path.

As the internet provides a visually infinite source of data, it is difficult to interpret them correctly without a data analyst. You might have already noticed the prominence of data analysts on job listings. Encouraging your child toward a computer science degree can help them become proficient and prepared for this role, as they will learn the skills that allow them to understand large data sets.

You probably have already noticed that not all jobs are future-proof. If you want to protect your child from unemployment, paying attention to these trends can prepare them for a technology-driven economy. Changes are happening, and technology is expected to enhance over time. In the least, they will be adept in coding and have the flexibility to handle whatever comes their way.