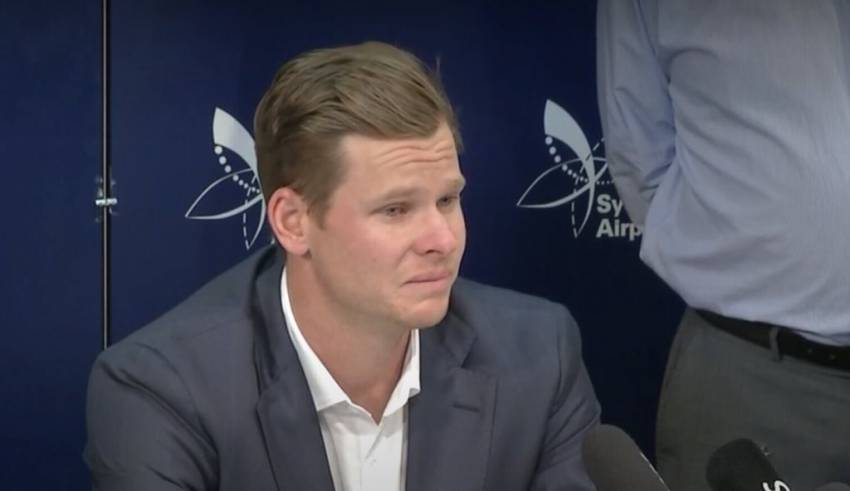 Ravichandran Ashwin, Gautam Gambhir and varun dhawan Launch Passionate Defence Of Steve Smith Steve Smith has come under heavy fire from all quarters for his role in the ball-tampering scandal that has shook world cricket. The 28-year-old broke down while addressing the media on Thursday, accepting full responsibility for the controversy that has resulted in a one-year ban for both him and his deputy David Warner and a nine-month ban for Cameron Bancroft. Following Smith’s emotional press conference, Indian cricketers Ravichandran Ashwin and Gautam Gambhir and Bollywood actor Varun Dhawan, who is currently busy promoting his forthcoming movie October has    jumped to the Australian’s defence, making a passionate plea to the rest of the world to tone down the criticism of Smith and the other cricketers involved. , bollywood actor Varun dhawn  on Thursday night tweeted a photograph of Smith and captioned: “Watching Steven Smith apologise and look broken is very sad. I’m sure the fans will forgive him. He looks beyond remorseful. I hope and pray he will come out of this ordeal a better cricketer. The mental the emotional trauma I’m sure is bigger than any ban.”

Watching #stevensmith apologise and look broken is very sad. I’m sure the fans will forgive him . He looks beyond remorseful I hope and pray he will come out of this ordeal a better cricketer. The mental the emotional trauma I’m sure is bigger then Any ban. pic.twitter.com/FsDJcVs8Er

Gambhir first questioned in a tweet whether Smith was being dealt with harshly by Cricket Australia for a pay hike revolt by the Australian seniors.

While cricket needs to be corruption-free but feel sanctions on Aussies bit harsh. Are @stevesmith49 & @davidwarner31 paying for revolt for pay hike? History has it administrators deride those who standup for players’ cause. Classic case: Ian Chappell #BallTampering #StevenSmith

I may be getting emotional but @stevesmith49 doesn’t look to me a cheat. Don’t know about u but I see in him a desperate leader trying to win a Test match for his country, his team. Yes, indeed, his methods were questionable but let’s not label him corrupt #BallTamperingScandal pic.twitter.com/xOxAM45QXM

The world simply wants to see you cry, once you have cried they will feel satisfied and live happily ever after. If only Empathy was not just a Word and people still had it. God give @stevesmith49 and Bancroft all the strength to come out of this.🙏

And @davidwarner31 will also need the strength to fight it out, hopefully their players union will provide them with all the support.

Smith stepped down as Australia captain for the remainder of the ongoing third Test against South Africa and was punished  by the International Cricket Council (ICC) on March 25 in the wake of the ball-tampering controversy.Smith’s deputy David Warner also stepped down as vice-captain. Wicketkeeper Tim Paine acted as captain at Newlands, with both Smith and Warner taking the field on March 25.  ]]>