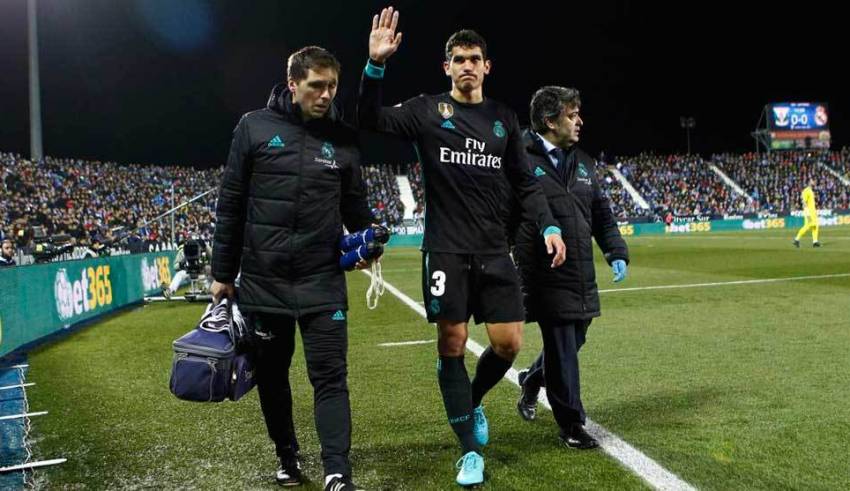 Real Madrid have confirmed that defender Jesus Vallejo will spend two months on the sidelines with a hamstring injury, after being forced off in last Thursday’s 1-0 win over Leganes in the Copa del Rey.Vallejo pulled up early on at the Estadio Butarque and he immediately asked to be substituted, being replaced by Nacho.The injury,

Vallejo was replaced by Nacho Fernandez in the 15th minute and the Spain Under-21 international’s recovery will continue to monitored.

“Following the tests carried out today on our player Jesus Vallejo at the Sanitas La Moraleja University Hospital, he has been diagnosed with a muscular injury to his right hamstring,” read a brief Madrid statement.

“His recovery will continue to be assessed.”

confirmed after a hospital scan on Saturday adds to Zinedine Zidane’s defensive selection headache.Sergio Ramos is also out injured, meaning Raphael Varane and Nacho are the only centre-backs available for the clash with Deportivo La Coruna on Sunday.Time is also running out in the race to be fit for the Champions League last 16 clash with Paris Saint-Germain in mid-February.

Before New Year’s Eve, we experience another joyful moment, and that is Christmas. Generally, …