<![CDATA[ <h2>Riots Turn Deadly in protest following rape, murder of 7-year-old Two civilians were killed and several left injured in Pakistan’s Kasur district Wednesday as police opened fire to disperse an angry mob protesting a minor’s murder in the city. Four days after she went missing, seven-year-old girl Zainab Ansari’s body was found on Tuesday near a garbage dumpster, roughly two kms from her house. Television news channels across Pakistan claimed the young girl had been raped and apparently strangled to death. Pakistan police officials told Dawn News that the post-mortem report of the child confirmed suspicions that she was raped before being murdered. 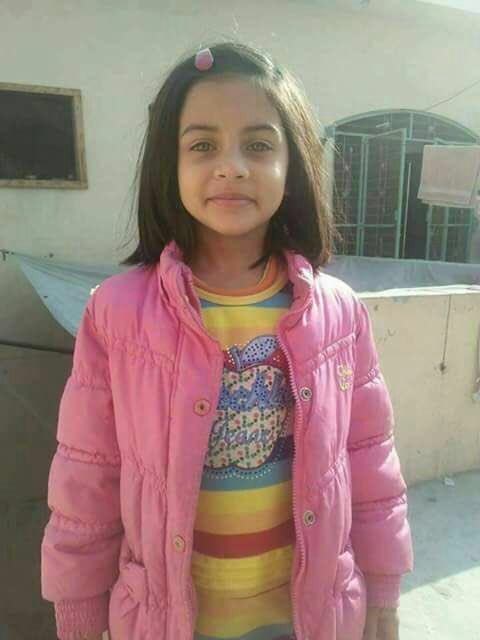 This news went like fire across Pakistan all over pakistan causing widespread outrage with protests erupting in different parts of the country. This, however, is not the first time that such a case has come to light in Kasur. In the past year, there have been at least 12 such reported incidents in that region, Reuters reports. What happened? little girl, had been staying with her aunt, had gone to attend Quran class in the neighbourhood on January 4 when she was allegedly abducted. After the girl did not return home that night, family members registered an FIR the next day citing her disappearance. CCTV footage obtained by the family shows the girl walking with a stranger and holding his hand. Some reports claimed that the girl was walking without any apparent signs of fear. On January 9, a police constable recovered her body from a from local grabage. Local media organisations quote police chief Zulfiqar Hameed as saying that an autopsy suggested that the girl was raped before being strangled to death at least five days ago. The girl’s parents, who were on (pilgrimage) to Saudi Arabia, returned to Pakistan on Wednesday and were unable to attend their child’s funeral prayers. “I have nothing to say, I just want justice for my daughter,” the mother was quoted as saying by The Dawn. The victim’s girl parents claimed that that local police did not cooperate with the family members who registered the complaint. “My relatives and neighbours told me that the police used to come, have food and leave,” he told local media. “While they didn’t do anything, my friends and family spent day and night looking for my daughter,” he added. Muslim custom decrees that the dead must be buried almost immediately. But the father of 7-year-old Zainab, who was raped and strangled last week, says he won’t bury her until her killer is found and punished. “We will not bury her until we get justice,” he told reporters. “We are now afraid of letting our children leave the home. How was our child kidnapped from a busy market?” Protests turn violent Violence erupted before the girl’s funeral on Wednesday leading to clashes between protesters and police. Recovery of the girl’s body on Tuesday and the brutal manner in which she was murdered sparked off protests in Kasur and prompted a strike in the city. According to Pakistani media, traders shut shop to join a demonstration near the hospital demanding strict action against perpetrator. They also called out the incompetence of the police at handling child abduction cases in the region. The case has attracted the attention of the country’s civilian and military leadership with Punjab Chief Minister Shahbaz Sharif calling for immediate action. The spokesperson for Pakistan’s Punjab province, Malik Muhammad Ahmad Khan, told Reuters that protesters turned violent and attacked a local police office. “They started throwing stones at the office and some of armed protesters shot bullets at police. In order to stop them, police resorted to aerial firing,” Khan said. Locals have a different story to share. “A peaceful protest was taking place, some students threw stones and police responded by firing at the crowd,” Saleem ur Rehman, a resident who was at the protest, told Reuters. “The law and order situation here is really bad and there have been many such incidents. That is what the protest was about.” the girl’s parents said. The case also triggered extreme criticism on social media as hundreds of thousands of people — including celebrities, activists and politicians — used the hashtag #JusticeForZainab to condemn the horrific incident of violence and demand action. Records suggest a number of police officials have been transferred out of the region for failing to investigate complaints of missing children since 2015. Back then, authorities had uncovered what they called a paedophile ring linked to a prominent local family. At least two people have been convicted in the case, in which authorities say hundreds of children in the district were abused. The perpetrators also sold videos of the abuse. Officer Maqsood Ahmed told The Associated Press that six girls were sexually assaulted in recent months in Kasur and that police were probing whether there was a connection in the cases. The victim’s father said that the parents in the region lived in fear as cases of child abuse and abduction rose in the last two years. “Investigations reveal that in each case a paedophile kidnaps little girls, rapes them and kills them,” regional police officer Zulfiqar Hameed said. “We have got CCTV footage that shows a young man taking her along. We will catch him very soon,” he said, adding that 95 DNA samples had been taken from suspects. The police has also released a sketch of the suspect. Pakistan Chief of Army Staff also condemned the incident. “COAS condemns cold-blooded murder of innocent Zainab. Responding to appeal by the aggrieved parents to COAS, directs immediate all-out support to civil administration to arrest the criminals and bringing them to exemplary justice,” the official spokesperson of Pakistan Armed Forces Major General Asif Ghafoor wrote on Twitter. Nobel Peace Prize winner Malala Yousafzai also took to Twitter to demand action by the government. “Heartbroken to hear about Zainab – a 7 year old child abused and brutally killed in Kasur, Pakistan. This has to stop. Gov and the concerned authorities must take action. #JusticeForZainab,” she tweeted. The Lahore High Court’s chief justice has ordered a probe into Zainab’s killing.]]>