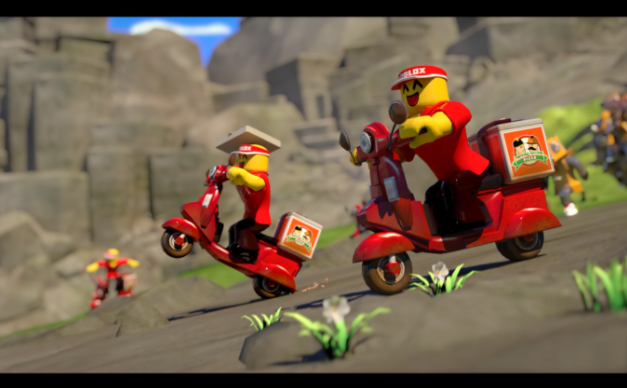 Home game Roblox: all you need to know about the favorite video game platform for young people

More than half of American children under the age of 16 played Roblox in 2020. Yet most internet users still don’t know what it is. So what is Roblox?

Launched in 2006, Roblox emerged from the shadows to become a real juggernaut of video games. Its success culminated with a successful IPO. Find out what you need to know about this game.

Roblox is a cloud gaming and creation platform. This is not a game, but a place where players can play games created by other developers.

It is available on most mobile devices, consoles and PCs. Players choose from experiences created by developers. They can use in-app purchases for in-game content and other perks.

In this sense, Roblox is more like the Steam platform for PC than an online game for children. What sets Roblox apart is that it is the users who create all of its content. In fact, on this platform, it’s not just about playing, but also creating. In addition, it is available on most mobile devices, consoles and PCs.

Its careful design and the freedoms it offers have made Roblox promo codes alivetalk list a real hit with young people. Currently, the official site boasts of listing more than 20 million games published by users on the platform.

Robux: the currency available for purchase on the platform

Roblox generates revenue and pays developers using an in-app currency purchase system. The currency used on the platform is called “Robux”. Many games and apps use this form of in-app purchase to allow users to spend a lot without having to authenticate actual payments each time.

The problem with in-app purchases in Roblox is that they have multiple levels. Robux must be used to purchase in-game items and accessories, but it is also possible to exchange them for other in-game currencies.

This means that by playing a mini-game it is possible to earn “dollars” by completing certain missions, just like in any other video game. If a player wants to buy special content or more “dollars” in a minigame, they will have to spend Robux to do so.

The Robux exchange rate is simple. Just divide it by 100 to get the equivalent dollar amount. There is a monthly subscription that adds 450 Robux each month for $ 4.99. In addition, there are other more economical ways to obtain Robux. Like buying them directly from the website or getting gift cards from Amazon.

What is the Roblox catalog?

The catalog is the place where all items, accessories or personalization options intended for users are sold. In the avatar menu, the catalog includes items like hair, clothes or faces. There may be in-game sales systems built by the developer or a specific catalog for certain mini-games.

Developers use proprietary development software on Mac or Windows to customize and upload items. It is possible to sell them for Robux. This is because Roblox players are not allowed to create any level or content in the game. However, they have the option of buying and reselling catalog items, as long as they are listed as limited items.

Systems have been put in place to allow users to check the price history of an item sold by a player. This will avoid the price gouging that characterizes the catalog.

Parents should be aware of the in-app purchase system and ensure that purchases cannot be made without an access code. Children left unattended with Roblox can quickly spend hundreds of dollars that may not be refundable.

How to exchange Robux for real money?