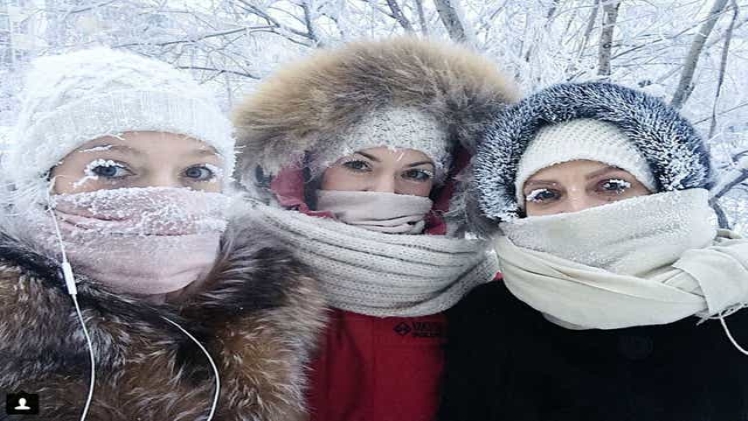 Home news Russia meets the coldest July in a century

In Russia, the topic often heard these days is “The wind is blowing from Siberia.” In the first three weeks of July this year, sales of sandals and summer shoes fell by nearly 30% from the same period last year, while swimwear and bathing gowns fell by 20%. The sales of other summer products are no exception.

Don’t forget get your Russian visa before visit Russia.

The Hong Kong Trade Development Council’s Economic and Trade Research Moscow Consultancy Office Leonid Orlov wrote that Russians like to go to rural villas on weekends in the summer, but this summer itinerary will be cancelled. When I walked to the street, I saw that the balcony of the restaurant was empty, and the sunset time was much earlier than usual in summer. Few people expect the weather in August to return to normal, and most think it will continue to be cold. The weather pattern has become so abnormal and disrupted the sales plans of Russian physical stores and online retailers.

This summer, the cold wind blew in Russia, and sandals and picnic supplies were unsalable. So, where exactly do consumers spend their money? The sales of rubber boots have increased fivefold, and the bright yellow rubber boots are the best seller. Other big-selling products include hoodies, sportswear and children’s waterproof jumpsuits.

This cold wind has also blown from the mass market to the more affluent consumers, that is, those who like to shop on websites such as LaModa and Wildberries, and their consumption patterns have also changed significantly. This summer, sales of high-end coats doubled, leather jackets increased by 70%, high-quality sportswear and hoodies increased by 50%, and the demand for rubber boots also recorded an increase. In high-end retail stores such as Love Republic, Befree and Zarina, warm jeans and knitted clothes have become popular items. It can be seen that many wealthy Russians have accepted the reality and are ready to stay at home to spend this cold summer.

Does Russia’s hot summer end early, does it mean that a lot of retailers have suffered heavy losses? Although most of the summer series are unsalable, the leftovers in the spring are sold out, and the early autumn products are also very popular. TsUM, a large Russian department store, was one of the retailers that responded quickly in this cold summer wind, and strategically launched its autumn collection one month earlier. Preliminary reports show that warm formal wear and casual wear, as well as waterproof and cold-proof footwear are selling well, and online sales have also increased significantly.

However, large supermarkets and DIY stores lack flexibility. Most of Russia’s picnic, barbecue and outdoor activities products are sold in such retail stores. Generally speaking, 70% are sold from mid-May to mid-August, but this year is obviously oversupply, leaving a lot of grills and charcoal. , Tents, air coolers, recliners and insect repellents, etc. Many retailers have begun to vigorously promote limited-time preferential clearance activities, but unfortunately they have had little effect.

Many market analysts believe that Russian retailers are not willing to bear the inventory costs of summer goods for a long time, and would rather sell the goods to discount chains like Fix Price or Familia at very low prices. Another option is to ship the goods to Kazakhstan, a member of the Eurasian Economic Union, which is also the trade center for most of Central Asia. The market believes that this is all a shrewd approach, because Central Asia is generally still hot in summer before mid-November, and there is a certain demand for summer products.

Hong Kong manufacturers and distributors must pay attention to the above situation when planning their work in the next 12 months. On the one hand, the Central Asian market may have a large supply of summer goods at competitive prices; on the other hand, Russian retailers will hesitate to place orders for products that are warm-weather. Maybe by the summer of 2020, they still have a lot of inventory to be emptied.