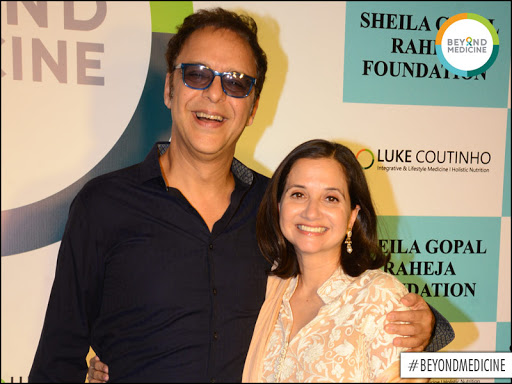 It is said that if you create a strong base but good things automatically follow by Gopal Raheja inculcated a lot of good values and provided proper education to his children. As a result, his only son Sandeep Raheja built on the strong base created by his father. If K Raheja Realty is one huge empire Sheila Gopal Raheja Foundation is another feather in the cap of the Raheja family. This foundation is managed by Durga Raheja, the wife of Sandeep Raheja.

The Sheila Gopal Raheja Foundation is a public charitable trust  which is registered under the Bombay Public Trusts act in 1998 and Durga Raheja is the trustee of the Sheila Gopal Raheja Foundation and Sandeep Raheja also devotes his valuable time to the different dynamics of this trust. He works together with Durga Raheja to lift the standard of education for the citizens of India. Within two decades of its establishment, It has changed the way because the education sector works.

The core values which drive the success of the Sheila Gopal Raheja foundation  include educating students with good qualities so that creating an open-minded and democratic society. Similarly, the vision of this charitable trust is to provide value-based education at par with international standards.

It is not just the classroom course because that can impart quality education and awareness. Sometimes few activities beyond the boundary of class can make a difference. This trust has been very much involved in a few events and initiatives to foster the overall growth of all age groups. These initiatives are mention below in brief:

This mega-event took place on 15th Dec 2019. It was hold in collaboration with ImPaCCt Foundation and Tata Memorial Hospital. During this annual celebration, many Bollywood stars, and other prominent personalities from all walks of life came and performed together.

The Sheila Gopal Raheja Foundation also focuses on the betterment of the marginalized segment of the people. For this purpose, the foundation runs an Orphanage that works towards the growth and well being of these children. This initiative is actively supports by Sandeep Raheja.

It is an in-house department that supports a state-of-the-art library with a huge collection of books. This department provides the facility for the readers to bring their book and read in a quiet place away from the crowd of roads.

The Sheila Raheja Auditorium is situated in the heart of Mumbai. It helps to stage theatre performance combined with modern architecture. The facilities provided here is comparable to any top-class auditorium across the vicinity.

Beyond Medicine was an event organized by the founder Durga Raheja on 20th April 2019. This is one of a kind wellness workshops organiz in Mumbai. It focus on various methods of relaxation and well-being.

It focuses on various wellness efforts to raise the quality of life of children. They run a nutrition programme at the Department of Pediatric Oncology at Tata Memorial.

So these initiatives, Sheila Gopal Raheja Foundation is doing its level best to bring smiles to the face of the underprivileged and provide top-notch quality education.