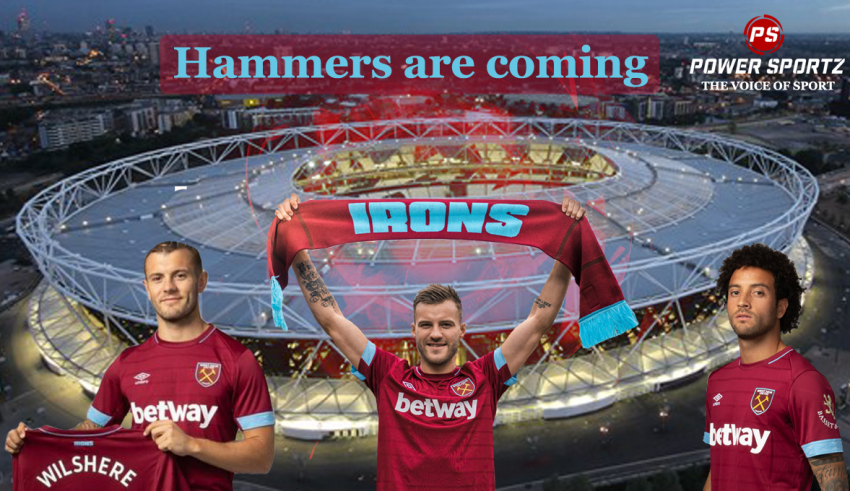 Some important notes West Ham should apply after having good summer transfer market One of the growing and emerging PL side in the modern day football West Ham United FC are signing their targets quietly and smartly in the current transfer market buzz, which will end on 9TH of August 2018. Having already signed the players like Felipe Anderson, Andriy Yarmolenko, Jack Wilshere and others are making it wide clear that club aims to finish the business without coming on the front page of football transfer news.

It has been two seasons since West Ham mark their move to London Stadium. While within these two years, this London team had sacked two managers before employing Manuel Pellegrini in this summer. This shuffling of managers indicting it clearly that West Ham are battling with the transitional period of making the club stable again. After the appointment of Manuel Pellegrini, the team is looking forward to mark the latest football updates by singing decent players from the market and producing some healthy football transfer news. Finishing top seven With failing to find a big sponsor for their brand new Stadium tells everyone that club is not going forward as it seems from the angle of current football news, where they are going bigger and better after every single season in the PL. Surprisingly, the Hammers are getting some of the hard-working players that will move the club spectacularly in the coming Premier League season if their manager directs the things with his golden expertise. Because of rapid rise of Spurs in the world of football without making a very few latest football updates towards attracting big players. The things are looking quite hard in the hardest league worldwide. With the effect of that, finishing inside top six will sound like a figment of the imagination. Nevertheless, coming seventh continuously in the coming three to four years can make them a strong side and afterwards, they can aim top six as Spurs are doing at the moment. This year’s signing should move correctly  Last year, West Ham moved for the Austrian international for £25 from Stoke City. At that time, it looked as taking the next step forward. However, the latest football news and rumours are heavily linking him with Man United. On an average, a player should stay at a club for three years, so he can make their structure look better. Arnautovic was their player of the season in the 2017-18 season, with scoring 11 PL goals in 31 appearances and selling him now sounds a little strange even if they have his replacement. Anderson and Yarmolenko are the brand new players of the PL side form the capital of England. Anderson, who is now the most expansive West Ham purchase ever (€ 38), is coming after having a fantastic season at Lazio. On the hand, Yarmolenko joins the side after failing to convince Dortmund from his display. There is no doubt that both of them are quality footballers and in the past, one of them linked with the club like Man United. Which shows that their signings have had some impact in football transfer market. Making players better is the responsibly of Pellegrini, who knows how to stay in the PL. Still, achieving this goal will not be so easy as Yarmolenko and Anderson play on the right-hand side. It means one of them needs to play on the left-hand side. Changing the natural position is not as easy as it looks especially in the debut year. Not just these two star, the Irons also have signed other promising players to turn the table positively. Fabianski, Wilshere and Diop always have that sparkle with them. The only thing required is to make them look stronger with the help of a stimulated management plan. The dream could turn a nightmare West Ham United transfers shows are doing good to generate the global fans. Besides, neglecting and failing to adjust at their new stadium are making that bad feeling of losing everything. Fantasy PL- A little relief In the 2018-19 fantasy PL season, Yarmolenko and Anderson have valued at the bar of seven. Rating midfielders that far are indicating that they have something special to offer. Fans want fast development From years and years, this London team have been watching their city nemesis making a buzz in every current football news and football transfer market. For a West Ham fan, it’s always been hard to digest. Still, having some more patience can help both club and fans. By doing the work quietly in the market can assist them to make a perfect football transfer market show, which will trademark West Ham United signings with the best thing since the apple pie. In the end, the current West Ham signings are making it wide clear that the Hammers want to make the home of football news near to West Ham. That’s why it is very important that they should not make even a single peccadillo in the coming future]]>