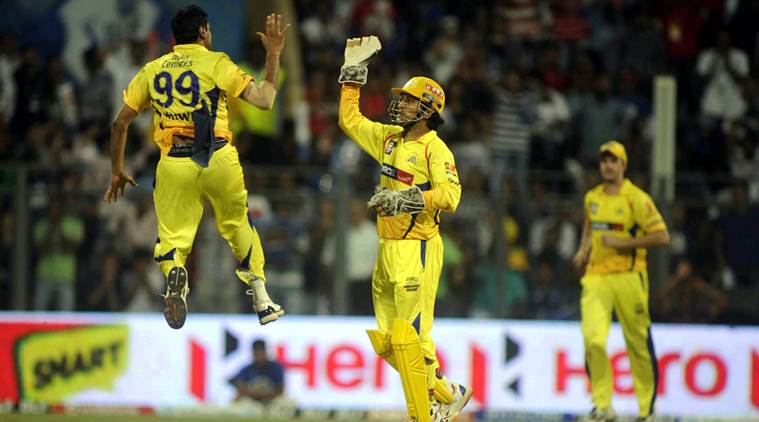 Star India spinner Ravichandran Ashwin believes that the Indian Premier League (IPL) is not the villain Ashwin, whose long association with two-time title winners Chennai Super Kings (CSK) ended recently with the cricketer being taken by Kings XI Punjab (KXIP) for the upcoming edition of the IPL,says the tournament provides a better lifestyle to cricketers.  Ashwin, who shot fame after his consistent performances in the IPL, applauded the Board of Control for Cricket in India (BCCI) for promoting the tournament on such a large scale. “People tend to brand IPL as some sort of a villain to Indian cricket in a lot of ways. It depends how a cricketer addresses IPL. Any sort of monetary gain that IPL provides is a motivation to move ahead. It is a massive move by the BCCI to do a tournament like this because it definitely gives a better lifestyle for the cricketer in terms of money,” Ashwin was quoted as saying by Gulf News. The Tamil Nadu off-spinner feels a player’s ultimate goal should be to represent the national team. “I am sure nothing brings confidence more than money brings to you. The upbringing of a kid matters a lot. How much it means to him to don those Indian colours and go out there and play and excel as a cricketer plays a big role. I have always looked at excellence, try and get better and win a game. When that is the motive I think money just becomes a by-product,” the 31-year-old said. Ravichandran Ashwin started his stint in Indian Premier League under Mahendra Singh Dhoni-led Chennai Super Kings im 2009. With consistent performances with the ball, the off-spinner soon made his entry for the national side in 2011 and went on to become one of the flag-bearers of Indian bowling line-up. He has played 57 Test in which he has taken 311 wickets. He has also played 111 ODIs for India in which he has taken 150 wickets Ashwin, who started his IPL career with Chennai Super Kings (CSK), played for the Rising Pune Supergiant in the last two editions. However, in the 2018 IPL Playe Auction Ashwin was bought for Rs 7.60 crore by Kings XI Punjab (KXIP). While Ashwin is India’s preferred spinner in Tests, the emergence of Kuldeep Yadav and Yuzvendra Chahal has resulted in him losing out on his place in limited-overs cricket. While many cricket experts wanted the team management to give a long rope to Kuldeep and Chahal for their fearless approach and wicket-taking abilities, India’s bowling coach Bharat Arun recently said that the “race is not over yet” for Ashwin and Jadeja.]]>