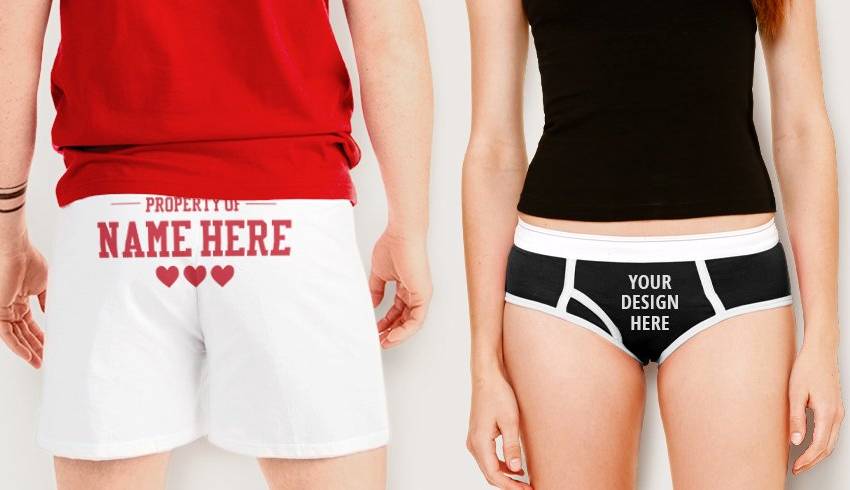 There are a ton of options when it comes to men’s underwear. If your man is like a lot of guys, he probably has a specific type of underwear that he puts on every day. He may choose them because he likes the feel, their breathability or just the way that they look. Whatever the case may be, your man’s underwear says a lot about him that you probably never even thought of. Let’s dive into the world of what each type of underwear says about the men that wear them.

These are the undies that most men started out with when they were little boys. They are functional, and they just get the job done. Guys that wear them don’t want to worry about changing their underwear because they just don’t fit right with their clothes. Men who wear these usually aren’t that into their appearance or what others think of them. If you’re with a tighty whities man, he is probably noticeably confident. Unfortunately, this can lead to difficulties in your relationship. You may find that he’s selfish and only cares about his own opinion. However, he does have some great qualities such as being very chill and pretty easy going. He may be the type of guy that has a good outlook on life, and it’s rare to actually get a reaction out of him.

This type of underwear is kind of an upgrade to tighty whities. There isn’t a lot of fabric, but they do still provide quite a bit of support. Men who wear them often want to show off their package. Guys on the smaller side generally prefer them because they can really enhance their nether regions. If your guy is into briefs, he may not have a lot of self-confidence. However, he can come off as being very vain to others. Brief guys tend to spend a lot of time on their appearance. Don’t be surprised that when you open his drawer you find a wide array of different colored briefs. He likes to have a variety! You may find that you are often questioning whether or not he cares about anyone other than himself. The good news is that he probably does but just has a difficult time showing it.

A lot of men like to wear boxers because they are comfy. They allow their manhood to just hang in the breeze, but boxers don’t provide any kind of support. Many men do wear boxers without shorts when they are at home, and they can often be seen lounging around the house in them. If your man is a boxer kind of guy, he might be on the immature side. You probably don’t mind as his laid-back vibe is one of the things that attracted you to him. It’s difficult to wear boxers with pants, so your man might like to only wear shorts. He may even have a job that allows him to wear shorts or very baggy pants all of the time. He probably isn’t into sports either since boxers don’t provide any kind of support. He’d prefer to sit on the couch watching television or playing video games on the weekends rather than going on a hike or hitting the gym. You may find that you win a lot of fights because he just doesn’t feel like fighting with you.

Practical guys tend to choose boxer briefs. They allow them the coverage of a boxer but give their junk the support that it needs. If your boyfriend wears boxer briefs, you may think he’s boring or errs on the side of caution too much. Don’t worry though because he does have an adventurous side. You just need to present your ideas in a way that will appeal to him. These guys love to cuddle, and they like to show their affection to other people. Boxer brief guys usually are good boyfriends as they like to hold the door open for their partner and splurge on dates.

Men used to only wear this type of undergarment when they were playing sports so that it would protect their private parts. However, many men have discovered that they like wearing a jockstrap all of the time. If your man prefers men’s jockstraps, he’s probably pretty proud of his body. He also doesn’t like to be confined and may be a bit of a free spirit. He’s usually up for anything no matter how crazy it sounds.

Men’s underwear is about more than providing your guy with the coverage that his most intimate areas need. His underwear choice actually says a lot about him! Do any of the traits we’ve described fit with the type of underwear that your man likes to wear?