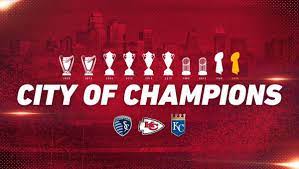 Over the years, plenty of towns have laid claim to the title of city of champions. In the late 1970s, Pittsburgh pumped its chest proudly as the NFL Steelers won another Super Bowl and the MLB Pirates ruled over the World Series. Through the 1980s, Edmonton was boasting of this status, as the Eskimos won five straight CFL Grey Cup titles and the NHL Oilers captured five Stanley Cups over a seven-year span.

More recently, Los Angeles was staking its claim, as both the NBA Lakers and MLB Dodgers were champions of their leagues. Clearly, though, if there is a reigning city of champions, it’s Tampa Bay.

The Tampa Bay Rays came within two wins of joining the party. They lost the 2020 World Series to the Dodgers, a team with nearly four times the payroll of the Rays, in six games.

The Rays are currently leading the AL East and could get another shot at a title in the fall of 2021. Tampa Bay has played in two World Series, but came up short on both occasions. The Rays lost the 2008 World Series to the Philadelphia Phillies in five games.

Tampa Bay can become the ninth team to win the Stanley Cup in consecutive seasons. The Lightning are a squad with a core that was built from within. Vezina Trophy-winning goaltender Andrei Vasilevskiy, Norris and Conn Smythe Trophy-winning defenseman Victor Hedman and captain Steven Stamkos, a Rocket Richard Trophy winner, are all first-round draft picks who’ve spent their entire NHL careers in Tampa Bay. Hart and Art Ross Trophy winner Nikita Kucherov, and forwards Brayden Point and Ondrej Palat are other key Lightning draftees.

Kucherov is leading the playoffs in scoring for the second straight season. The last player to lead the NHL postseason scoring race in consecutive seasons was Mario Lemieux in 1991 and 1992, when he helped the Penguins repeat as Stanley Cup champions.

Point is leading the playoffs in goals for the second straight season. He posted a nine-game goal-scoring streak this year, the second-longest in Stanley Cup history. The last player to lead the NHL in postseason goals in consecutive years was Jari Kurri with the Oilers in 1987 and 1988. The Oilers were Stanley Cup champions both seasons.

“There’s a reason why they’re back in the final this year,” Canadiens coach Dominque Ducharme told NHL.com. “So it’s going to be a tough challenge for us, that’s for sure. But any final is supposed to be that way.”

Will The Bucs Stop Here?

Since 2000, just one team has repeated as Super Bowl champions. The good news for Tampa Bay fans is the only team to do so had Tom Brady at quarterback. Brady was under center as the New England Patriots won Super Bowl titles in the 2003 and 2004 seasons.

He joined the Buccaneers last season and Brady led them to a Super Bowl first. Tampa Bay became the only team to win the big game in their home stadium. Raymond James Stadium played host to last season’s Super Bowl game.

The Bucs closed out the 2020 season riding an eight-game winning streak. Receiver Mike Evans went over 1,000 yards in catches, becoming the first player in NFL history to reach that plateau in each of his first seven seasons.

Brady underwent offseason knee surgery and is using that fact as motivation for the upcoming NFL season as the Buccaneers get set to defend their title.

“It’s not about proving it to others what you can do, it’s more about proving it to yourself,” Brady told host James Corden on the Late, Late Show. “And I still feel like even though I’ll be 44 this year, I still have a chance to prove it to myself that I can still do it at 44, because I really worked to a point where I can still do it at this age.”