Skip to content
news
On October 10th, the first presentation of the Nanyue legend of fire show was splendidly performed in the Zhurong theater, Tianzi mountain fire culture park. The show followed the storyline of the legend of the god – Vulcan, told a mythological ancient myth. 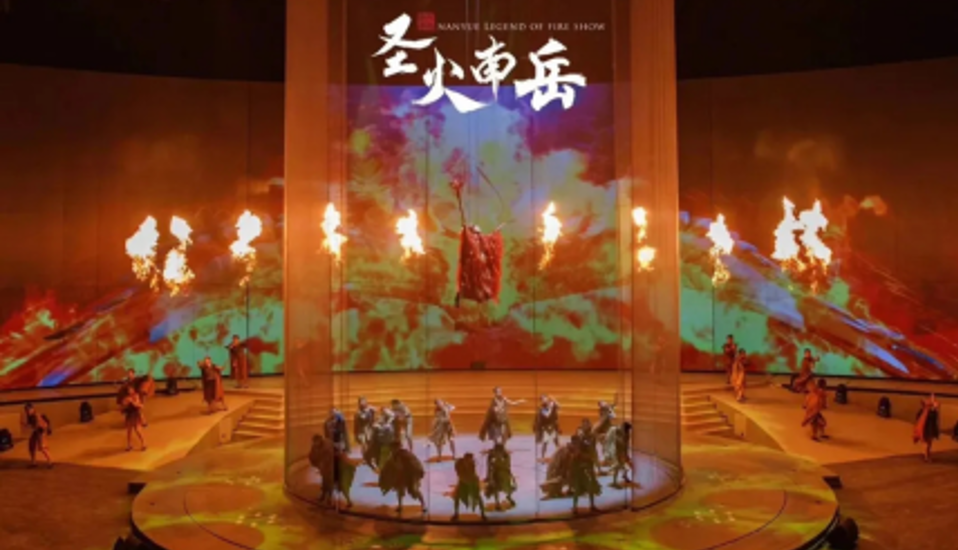 There were five basic chapters of the show, including the heaven-sent flame, the son of heaven sacrifices to flame, the wisdom of heart lit, the light of valley, and the brightness of the holy flame. Each chapter jointly expressed people’s unremitting pursuit of a happy life since ancient times.

As the fire show began, a phoenix’s chirps resounded through the skies while bright lightning split the darkness. The giant phoenix stirred its gorgeous wings, and Vulcan descended from the sky with the holy fire, brought light and warmth to the stage. The amazing stage effects make the audiences hold their breath in deep concentration on the stage, lost themselves on the fire show. 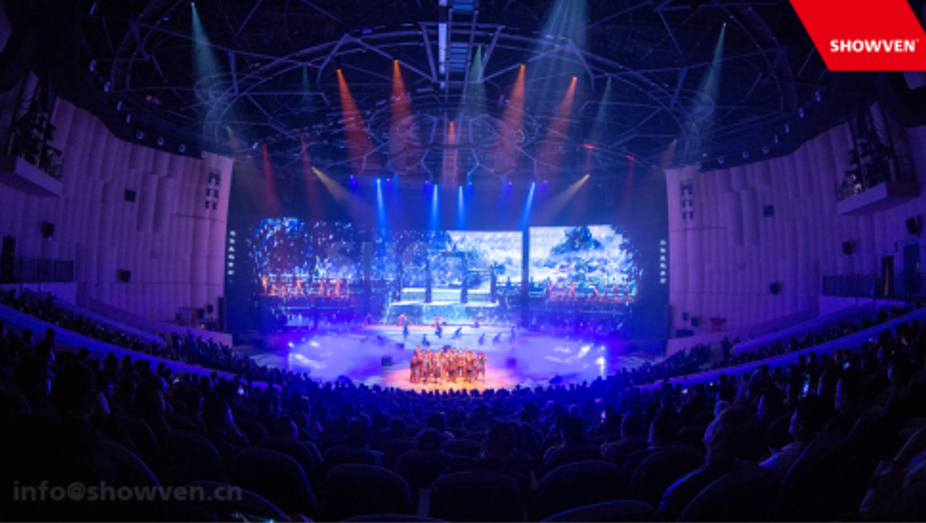 The special effects of lighting, fireworks, water curtain, and fog brought audiences into a path in which the scene was slowly changing. Through thousands of years, the audience can feel the magnificent history of Mount Heng and the deposit of culture in Nanyue.

During the fire show, twelve SHOWVEN’s fog generators PRO-W3000 was lift upon the top of the stage. The stage lighting effect was casting a bright light shadow through the spray from the fog generators. Simultaneously, four SHOWVEN’s high-end fog machine quickly output fancy fog on the stage and quickly spread to the entire showcase, soon embraced with the mist upon the stage.

SHOWVEN’s PRO-W3000 special fog generator subverts traditional design ideas. It adopted the principle of ultrasonic water mist, which makes the water mist spreads on the ground. It has the feature of lightweight, never leak, and quick fog generation. Instead of using dry ice, PRO-W3000 is based directly on the water. Furthermore, it is more economical and environmental-friendly compared with other kinds of fog generators on the market.

Under the delicate effect produced by light and shadow, a beautiful Nanyue scroll unfolded slowly. The special stage effect created by SHOWVEN brought the audience back to a thousand years ago to experience a profound culture.

There were also 10 SHOWVEN’s vertical flamer presented the special effects of fire dance in the whole show. In the fire dance scene, the SHOWVEN’s vertical flamer continued to produce direct-injection and point-injection special effects and to create the splendor of the holy flame’s soul. With the stunning effect of flame, the actor’s elegant dancing and the amazing fly apsaras were filled with mystery, as if the living figures in the murals. 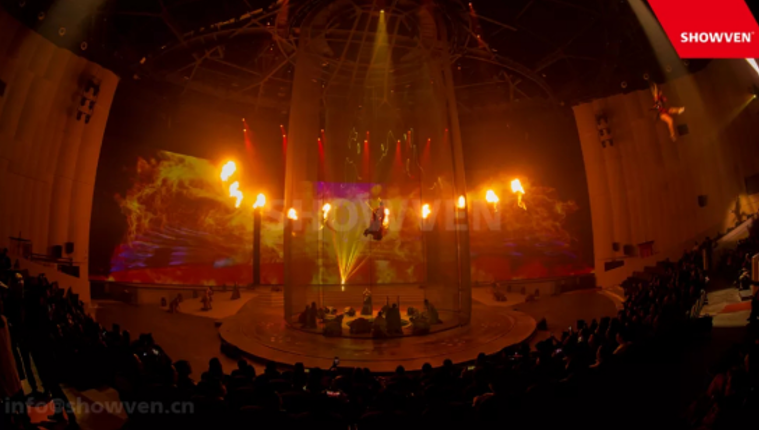 The Nanyue Legend of Fire Show collided with culture, performing arts, and technology. It presented a stunning immersive audio-visual feast to the audiences, just like dream back thousand years, reading a sacred scroll of art and culture about Nanyue. As one of the most famous stage effect machine manufacturer worldwide, SHOWVEN has rich experience in producing the best stage effect machine. Through years of development, SHOWVEN will continue to achieve the beauty of the stage with innovative technology.