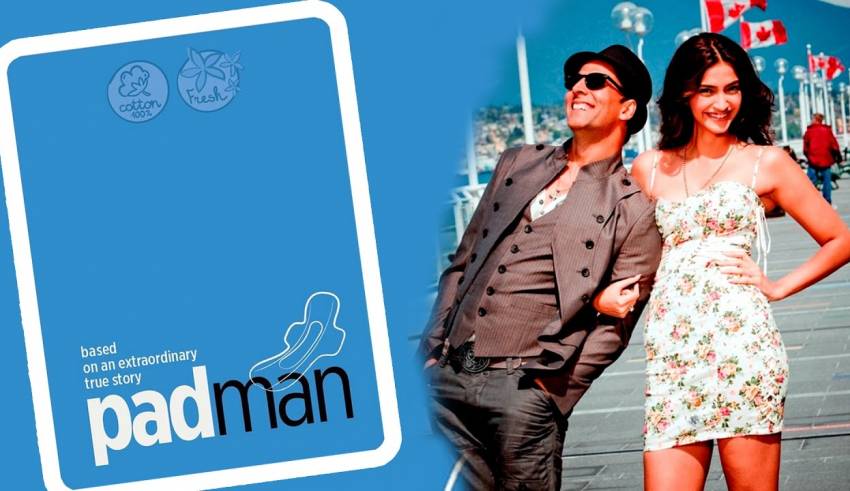 Saale Sapne song Composed by music director Amit Trivedi and sung by Mohit Chauhan, ‘Saale Sapne’ shows the struggle of the lead character, to make cheaper sanitary pads available for everyone.Directed by R Balki, the film is slated to release on January 25, 2018, and is set to clash with Sanjay Leela Bhansali’s magnum opus ‘Padmaavat

The film will be based on Twinkle Khanna’s book, The Legend of Lakshmi Prasad[1], which is inspired from the life of Arunachalam Muruganantham[3], a Tamil Nadu-based social activist who revolutionized the concept of menstrual hygiene in rural India by creating a low-cost sanitary napkins machine.[4] Padman revolves around the story of Arunachalam who invented low-cost sanitary pads.[5] Cast] Akshay Kumar as Lakshmikant Chauhan Sonam Kapoor as Rhea Radhika Apte Sudhir Pandey Maya Alagh Amitabh Bachchan is in role Akshay Kumar plays Arunachalam Muruganantham, also known as “India’s Menstrual Man”. khiladi kumar was not the first choice to play the role of padmam. Khanna thought of a few actors but she eventually handed it to Kumar after Murugan’s insistence and because she thought it would be a game-changing event if khiladi Kumar, who the Indian public idolises and men look up to, wore sanitary pad The movie was initially planned to be released on 13 April 2018, but was later moved to 26 January 2018. In India, the film will be released on Republic Day and will be shown across 2,800 screens. Regarding the possible box office clash with Aiyaary which releases on the same day, Kumar denounced the tension saying that it was unlikely since both films have different subjects and themes.]]>