<![CDATA[ <h2>The second -gen Nokia 6 (2018) is now official-specification and feature price The Nokia 6 (2018) is now official, Nokia announced it in China, and it resembles its predecessor to a degree. The all-new Nokia 6 comes with a rear-facing fingerprint scanner, unlike its predecessor which sported a front-facing fingerprint scanning unit. The earpiece design on the Nokia 6 (2018) is also different compared to the phone’s predecessor, and the top and bottom bezels are a bit thinner than they were before. This smartphone still sports a single camera on the back,while all of its physical keys are placed on the right side of its body. 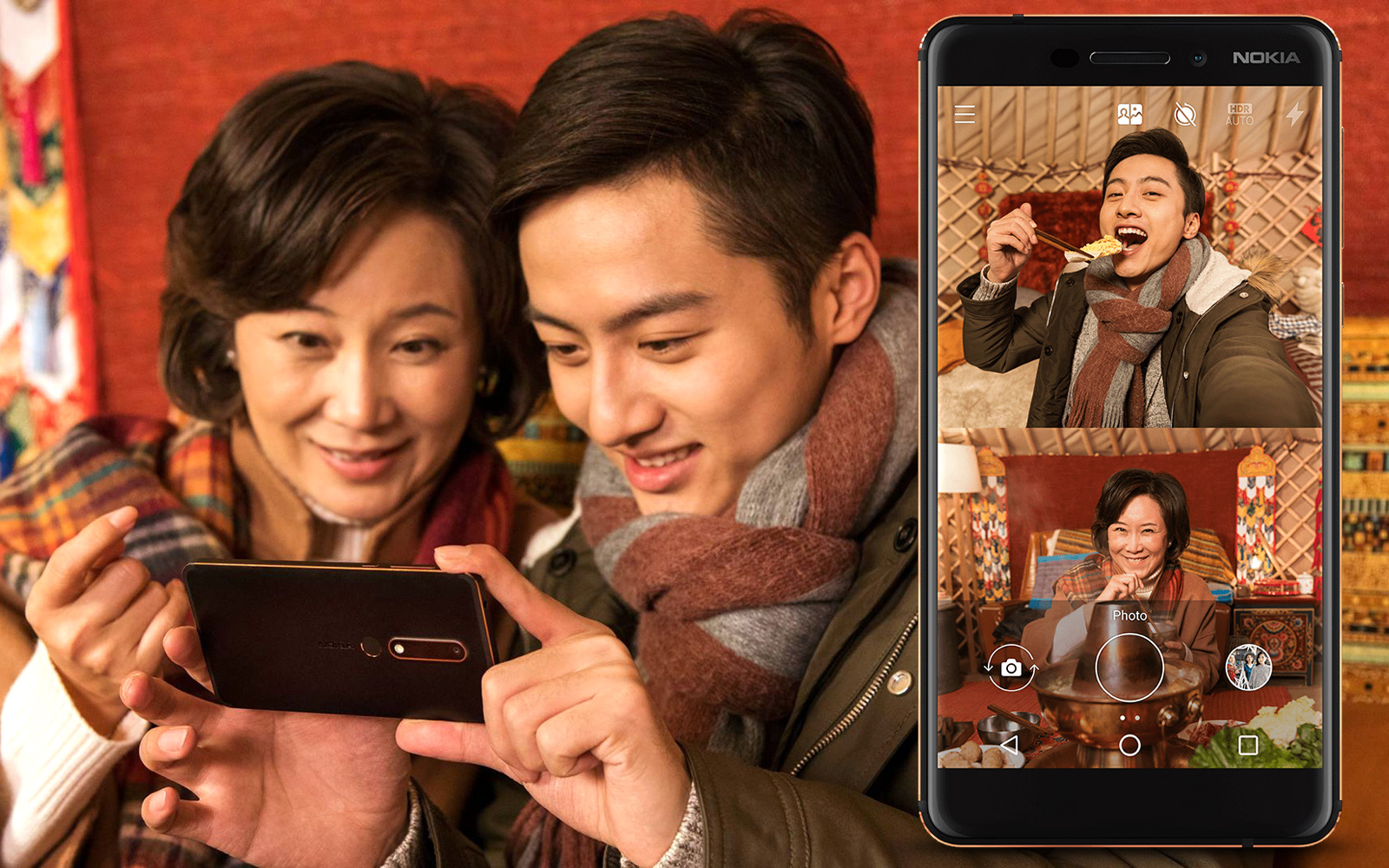 The Nokia 6 (2018) is made out of metal, and it takes advantage of on-screen navigation buttons. The device sports a 5.5-inch fullHD (1920 x 1080) display with a 2.5D curved glass with Corning’s Gorilla Glass 3 protection. As you can see, the Nokia 6 (2018) retained a 16:9 display aspect ratio. The device is fueled by the Snapdragon 630 64-bit octa-core processor which is clocked at 2.2GHz, while the Adreno 508 GPU comes as part of this SoC. The device packs in 4GB of LPDDR4 RAM and 32GB / 64GB of internal storage. Android 7.1.1 Nougat comes pre-installed on this smartphone, though an upgrade to Android 8.0 Oreo should become available in the near future. This handset comes with a dual SIM setup (2x nano SIM), and we’re looking at a hybrid setup here, which means you can use the second SIM card slot as a storage expansion slot as well, though you’ll need a microSD card, of course. The Nokia 6 2018 is an all-metal smartphone — boasting of 6000 series aluminum — with chamfered edges and curved 2.5D Corning Gorilla Glass 3 on the front: much like the original Nokia 6. Only this time round, HMD is using bold colour accents to accentuate the phone’s chamfers on both the front as well as on the back. The company is also using the same bold colour scheme around the camera module and the fingerprint scanner. Speaking of which, the Nokia 6 2018 now comes with a rear-mounted finger-print scanner. This means, unlike last year’s Nokia 6 – that came with a front-mounted fingerprint scanner and physical capacitive keys for navigation – this year’s Nokia 6 comes with on-screen navigation keys. Nokia 6 powered by a Qualcomm Snapdragon 430 processor with 3GB of RAM , and 32GB of internal storage which was further expandable by up to 128GB via a micro-SD card slot. The Nokia 6, quite understandably, was criticized by many for failing to leave a long-lasting impression as far as core hardware was concerned. The Nokia 6 was found lacking, even more so because it was priced around Rs 15,000 in India. Its hardware specs did not do full justice to it even though the Nokia 6 was praised by one and all for its outstanding build quality.new Nokia 6, as a result, comes with a beefier 2.2GHz octa-core Qualcomm Snapdragon 630 processor clubbed with 4GB of RAM and up to 64GB of internal storage. The new Nokia 6 still supports expandable storage of up to 128GB via a hybrid micro-SD card slot. There’s a 32GB storage option also available for those looking to buy the new Nokia 6 for cheaper still which is nice. Nokia 6 2018 ships with the same cameras as last year’s Nokia 6 which means that it carries a 16-megapixel camera on the rear with f/2.0 aperture, Phase Detection Autofocus and dualLED flash. On the front, it comes with an 8-megapixel camera. Only this time, HMD is bringing the Nokia 8’s hallmark feature, aka Dual-Sight (and Bothie), to the masses with the Nokia 6 2018. Dual-Sight, to recall, is a feature that lets a user to simultaneously use both the rear and front cameras to take stills/record videos. Think of it as picture-in-picture. If that wasn’t enough, the phone also allows for live broadcast of videos shot using Dual-Sight on to social media platforms like Facebook. The Nokia 6 2018, in addition, allows a user to capture high-fidelity spatial audio.]]>