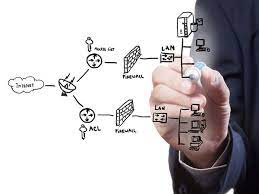 Today the company’s wireless network is put in danger by a new generation of users, applications and security concerns. Traditional firewalls are not robust enough to give full visibility and control to the application. The introduction of a “Next Generation Firewall” ensures you are ready for mobile and cloud computing integration.

The importance of the next generation:

Firewall installation is a need for any company. In today’s world, it is almost as critical to have a next generation firewall. Threats to personal equipment and bigger networks change every day. It protects devices and enterprises against a far broader range of intrusions with the flexibility of the Sangfor NGAF Firewall Security Network. Although these firewalls are not the ideal answer for all company, security professionals should be very careful to take into account the advantages that NGAF can offer.

Firewall features of next generation:

These application-specific capabilities are intended to prevent the increasing number of application assaults on Layers 4-7 of the OSI network stack.

Below are further details on each of the wonderful advantages offered by your wireless network’s next generation firewall.

Security applications such as IDS and IPS:

A Sangfor NGAF Firewall Security Network has added the degree of application security functions such as IDS detection systems and IPS protection systems.

These programmes assist you to improve the filtering of packet content. These functions can also identify, analyse and counteract unusual deviations from the standard set of activities, threats and clever user-based attacks.

Traditional firewalls provide simple packet filtering and port and network address translations and state-of-the-art inspections. However, they are limited only to the OSI model’s data link layer and transport layer.

In addition to all features of standard firewalls, next-generation firewalls also contain integrated intrusion detection systems (IDS) and IPSs (IPSs), which identify attacks based on the analysis of traffic, threat signatures, or abnormal activity. This feature allows to carry out deeper inspection and improves packet content filtering of the network traffic to the application layer.

It is crucial to accurately detect attacks while reducing the number of false positives to guarantee your cybersecurity teams are focusing efforts on mitigating the most serious threats to systems and networks. Imperva WAF does it very precisely by employing proprietary dynamic application profiling and attack validation, which learns all characteristics of online applications, including URLs, parameters, and acceptable user inputs and directories. The validation of the corresponding assault allows you to investigate each violation.

With a firewall, you can filter inappropriate or immoral content: until far, we have mostly talked about blocking hackers and different sorts of remote access viruses. But firewalls can do more than that. Firewall apps generally provide the option to restrict certain online destinations, including websites for adults.

In parental control software, content filtering may generally be found but is increasingly included in firewalls.

A conventional firewall can block ports (single layer protection), which is meaningless in the sophisticated and developing data architecture.

NGFW provides layer 2 through layer 7 multi-layered protection through inspections of traffic while also comprehending the precise nature of the data transfer.

A typical firewall is essentially part of the first-generation firewall technology tool that uses a range of network protection measures, including packet filtering, comprehensive inspection, VPN support, and more. These steps are also used by the next-generation firewall. The main difference, however, is that the next firewall generation focuses more on adding layers to the OSI model, altering the packet filtering approach, and enhancing traffic protection.

In other words, the next-generation firewalls utilize more advanced keywords to avoid external malware attacks via the network system. It is a changed version of the standard firewall that works better in network system bug prevention.

Firewalls of next-generation also have increased awareness of application and use multiple approaches to recognise various applications, including Web-based apps. Details of authorised applications are stored and data packets for problems are examined. They also maintain baselines that may help system administrators notice deviations from usual application behaviors.

Who needs a firewall for the next generation?

A solid firewall is a basis for the network security of every firm. Any traffic desiring to enter or exit the corporate network must first travel via the firewall, which will allow traffic that could compromise the systems or security of the business to be filtered out.

Since the antivirus, traditional firewall, and other security software can be combined into one solution, NGFWs can be a cheap alternative for organizations wishing to enhance their basic safety. However, a genuinely strong security plan goes beyond the firewall; consider implementing zero confidence security.

New Sangfor NGAF Firewall Security Network uses both static and dynamic packet filters, comparable to older firewalls. They also utilize the VPN support system such as general firewalls and ensure that all network connections are secure and that no external assault can pave the way into the system.