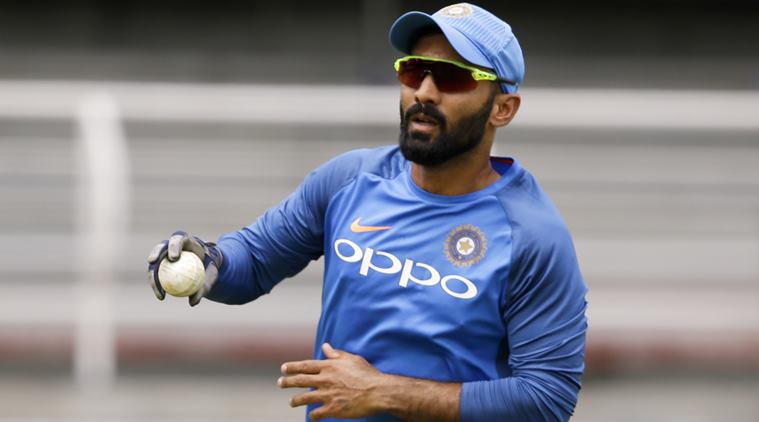 Twitter brutally Trolls Indian opener Murali Vijay For Ignoring Dinesh Karthik In His Congratulatory Tweet Dinesh Karthik refused to throw in the towel and produced one of the best knocks of his career to blast 29 off 8 balls as India beat Bangladesh by four wickets to win the Nidahas Trophy final in Colombo on Sunday. Needing five runs off the last ball, Karthik hit a flat-bat six over extra cover to keep India’s T20I record against Bangladesh intact. Karthik, with his aggressive yet composed batting, turned the match on its head when he walked out to bat after Manish Pandey’s fall and hit two sixes and as many fours in the 19th over to add vital 22 runs to India’s score. After the win, veteran Indian cricketer Murali Vijay took to Twitter to congratulate the team but did not mention Karthik’s name in his congratulatory tweet. dinesh karthik and murali vijay relation If rumors and media reports are to be believed, the incident that led to the break up of Karthik’s first marriage occurred during a Vijay Hazare trophy match in 2012. This was just before a crucial Ranji trophy match between Tamil Nadu and Karnataka. Dinesh Karthik came to know about his wife’s affair with Murali Vijay. Dinesh Karthik divorced his wife, Nikita while she was pregnant with a boy and soon after that Murali Vijay and Nikita married each other. The divorce was finalized very quickly and quietly and by the end of 2012, Nikita Vanjara and Murali Vijay tied the knot. They now have a 2-year-old son.

Since I adore your batting in best but you should appreciate DK batting last night he has played blinder of innings you can greet him as professional not personal biasness.ashamed that you didn’t

Only Bangladeshi n u from India…. jealous for dk…..worst sportsmanship😨😨..what r u doing in indian team?

Mr. Murali Vijay, please keep all our personal things out of cricket. When comes to cricket, you should have a sportsmanship. We know you’re good test player but that itself not enough. Character is a main thing first. You should have mentioned @DineshKarthik in your tweet

DK and MV are Almost Brothers . But Why you MV Bhai not Congo ing DK Bhai . 😂😂