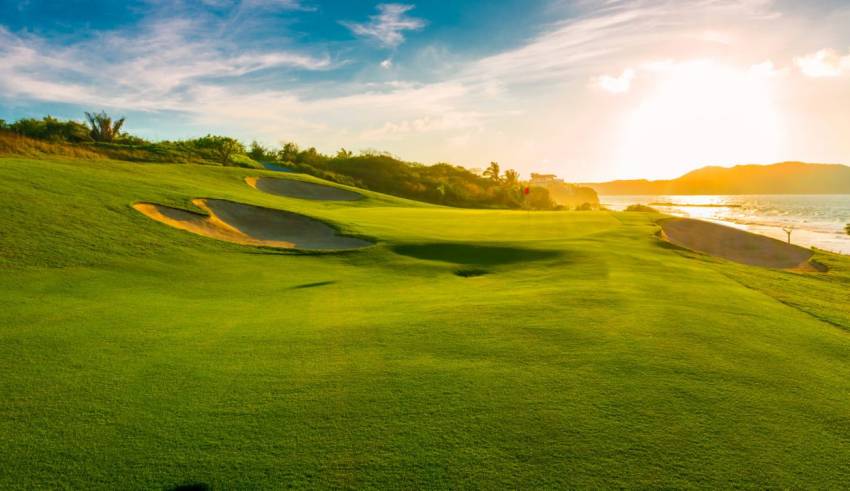 While the game of golf originated in Scotland, it has since become beloved around the world. Specifically in the 20th century, golf became a social activity and a way to foster business connections. As golf operations and course styles have evolved and changed, there remains an impressive array of places to golf throughout the world. Below are some of the most unique golf courses for enthusiasts.

There are quite a few strange and unique golf courses in America. Beginning up north, Bay Harbor, Michigan is home to a course known as The Quarry. As the name suggests, the course includes cliffs and steep gorges and is said to be one of the most picturesque courses in the world. In nearby Wisconsin is the Whistling Straits course, which was built on a former Army base and will definitely offer a unique experience as well.

Moving into the southwestern part of the country, Shadow Creek golf course in Nevada gained infamy as the most expensive course ever built. The cost factor stems from the fact that this course was built in a desert wasteland and requires significant water and power to operate. While Florida is home to countless golf options, only Streamsong can claim its origins as a former mining operation.

Perhaps the most unique golf course of all can be found in France. La Jenny is said to be the only nude golf course in the world. For the bravest golfers, Greenland is home to the Uummannaq course, frequently completely covered in snow and ice. Of course, a jaunt to Scotland is worth it for any person that truly loves the sport — there are so many courses flanked by the rugged Scottish landscape that help paint the picture for the way the sport first began and then later grew in popularity.

The most dangerous course in the world is located on the North and South Korean border. Known as Camp Bonifas and located in a demilitarized zone, this “course” is truly just one hole. Beyond the political danger of the area, the land itself is still surrounded by minefields. Out into the Pacific, in Indonesia, the Merapi Golf Course is situated at the base of a stunning volcano.

Lastly, the world’s longest golf course is situated in Australia and supposedly can take around four days to complete. The Nullarbor Links stretches between two different regions in Australia and can be spaced with up to 30 miles between holes. With so many great options to choose from around the world, all golfers will be able to find a unique experience.