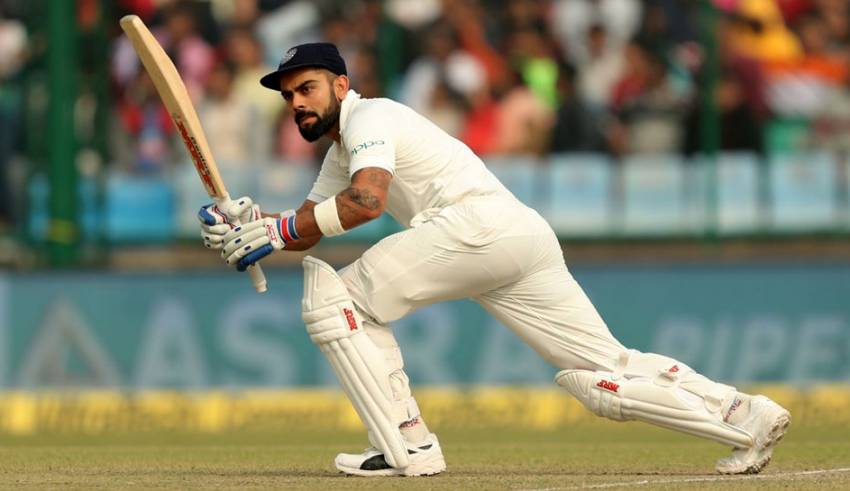 <![CDATA[]]>
<![CDATA[]]>
Home Sports Virat Kohli blames His Batsmen For Not ‘Getting the Job Done against south africa’

India, chasing 208, were bundled out for just 135 and skipper Virat Kohli felt someone had to score a 75-80 to show the way in challenging conditions. The visitors struggled against Vernon Philander and Co and kept losing wickets at regular intervals.

Virat Kohli said that it would be of little consequence if the batsmen don’t put up a better show in the upcoming matches.
India’s star-studded batting line-up scored 209 and 135 in both essays in their 72-run defeat in the first Test.If we had taken our chances in the first innings, even after them counter-attacking, we could have kept them to 220 which would have been ideal. We’re not a team which thinks of what-ifs though. Losing wickets in bunches is something we have to plug in. We were pretty much in the Test match on all days. We were thinking 250-275 (the target) if they play well. To restrict them to 210 was an outstanding effort. We needed someone to get a 75-80,” said Kohli at the post-match presentation ceremony.

The indian captain virat kohli felt for his bowling attack which dismissed South Africa for 130 in the second innings and kept the victory target at a gettable 208.
“Definitely, we feel for the bowlers because they bowled their hearts out. A guy like Jasprit (Bumrah) bowled beautifully in his first Test match, he troubled the batsmen a lot this morning. Mohammed Shami bowled his heart out, Bhuvi was good as well and not having done the job, they will also be gutted about it,” the disappointment was palpable in skipper’s voice.
“At the same time as I said they know that can repeat that performance and if we get a lively wicket again, we can exploit those conditions,” said Kohli.

” he also praises Hardik Pandya for all-around performance Virat said: he showed great character in the first innings to get us to that total. We needed if not one big partnership, then every wicket adding 30-35 would have done the job for us. We needed to show more character with the bat there is no question about it,” he added.

“Credit to them, they were a bowler short and still bowled their heart out. We need to rectify our mistakes also. Mini collapses in both innings is something we have to think about, how to string in partnerships. This game is all about stringing in partnerships. They did that better than us,” said Kohli.