The Chinese mixed martial artist, Zhang Weili, rose to popularity with her impressive showings in UFC. Since joining the promotion, her dominating performance helped her rise up the UFC rankings rapidly. Ultimately, she was granted a match for the UFC Women’s Strawweight Championship at UFC Fight Night 157, which took place in her hometown.

Prior to signing a deal with UFC, she had a pretty impressive stint at the China-based Kunlun Fight promotion. The most interesting aspect of her MMA career is that she had lost her debut fight but has been undefeated since then. She won 11 straight matches during her time at Kunlun Fight and won the KLF Female Strawweight Championship in 2017. Weili turned into a household name in the Chinese mixed martial arts territories before signing with UFC. She also has a purple belt in Brazilian jiu-jitsu.

Zhang Weili’s stint in the America-based MMA promotion, UFC, helped her to come to prominence. She has been careful in utilizing her popularity to help those in need. Apart from her work inside the squared circle, she is now actively known for her work of motivating and inspiring the women of her country. She is a firm believer that her story of rising to the top will help in influencing others.

There are stories of Zhang Weili being a bully basher in her school days and how it ultimately led to her MMA fighting career. The 30-year old has come a long way since those days and now she’s in the top-tier of female athletes in UFC. She joined the promotion in 2018 and after 3 fights, her work helped her earn a UFC Women’s Strawweight Championship match. She made history by being the only Chinese MMA fighter to earn a Championship match in UFC and had the golden opportunity of winning the title in her country itself.

At UFC Fight Night: Andrade vs Zhang (UFC Fight Night 157), ‘Magnum’ Weili made history by defeating Brazil’s Jessica Andrade to win the UFC Women’s Strawweight Championship. With the victory, Zhang Weili became the first-ever Chinese fighter to win a Championship in UFC. Even those who had never heard of her, were awed by her rise to the top of UFC fighter rankings in such a short span of time.

Her victory became much more special due to the UFC Fight Night 157 being held in China. Weili’s work towards inspiring others received much help from her victory at the event. She not only made it to the headlines of UFC news but portrayed how a local fighter evolved to be the top star of UFC Women’s Strawweight division. The people in attendance for the UFC Fight Night event saw how their renowned athlete became the talk of the town.

UFC Fight Night: Andrade vs Zhang was main-evented by the two female fighters who were expected to deliver one of the best matches of the night. Nothing happened like that as Zhang Weili decimated Jessica Andrade and won the match via TKO within a few seconds of the 1st round. Now that she has won a UFC Championship for her country, her new goal is to retain the title for as long as possible.

The Euro 2020 tournament is coming to an end. The results are clear, the champions are ann… 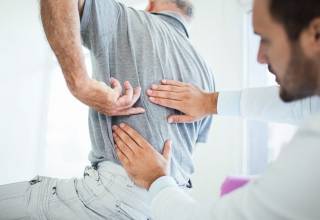 If you believe chiropractic care is limited to the neck and back, you need …

If you are contemplating a land purchase, you must think carefully about your finances. … 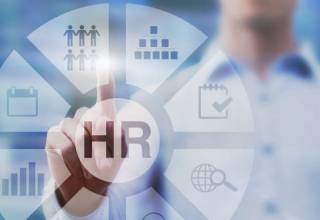 Human Resource deals with the recruitment and management of personnels in organisations. Much like …