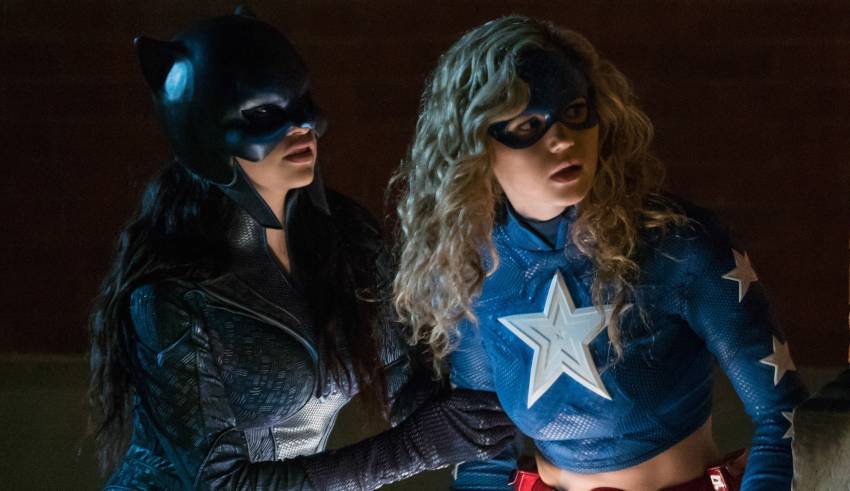 Warning this contains spoilers for season one of CW’s Stargirl.

Season one ended with a bang and one heck of a cliffhanger, with Shiv discovering the gemstone that possibly releases the greatest evil that the world has ever faced. The foreshadowing is extreme in the very last minutes of the season finale. So what exactly does season 2 have in store?

The Plot of Season Two

Although Geoff Johns is a bit tight-lipped about the plot of season two, he has let a few things slip. The biggest being that the show will do its best to wrap up some of the loose ends from season one.

He also mentions that they will develop Stargirl’s relationship with her staff a bit more, and Hoot, Dr. Mid- Nite’s owl, will make an appearance or two.

Characters Back in Season Two

You will see the return of many of the season one cast members, including:

Monreal shines as the tough and agile Wildcat II and the equally tough but disgraced Yolanda Montez.

Although Washington’s character was seriously disrupted when her goggles broke, she is said to return as the nerdy teen and the almost all-knowing Dr. Mid-Nite II.

Gellman will be back as the brooding, “wrong side of the tracks” Rick Tyler and the still brooding yet considerably more powerful Hourman II.

Wilson comes back in his sidekick role as S.T.R.I.P.E.S. and Courtney/Stargirl’s stepfather.

Along with these season one cast members, Stargirl promises a few new additions. Jim Gaffigan has been tentatively cast as the all-powerful Thunderbolt. Another new cast member is Ysa Penarejo as Jade. Writers have not yet said what role these two will play, but they’ve hinted that Mike Dugan, Stargirl’s younger stepbrother, will be involved.

Where to Watch Season Two

The series has had some minor programming changes. Instead of streaming on DC Universe, the show will be exclusively on CW. Most of DC’s hit shows are moving to either CW or HBO Max.

Although the season two premiere is not scheduled yet, cast and crew members have said it will be as action-packed as the first. With a similar cast and effects designers, this statement seems to be accurate.