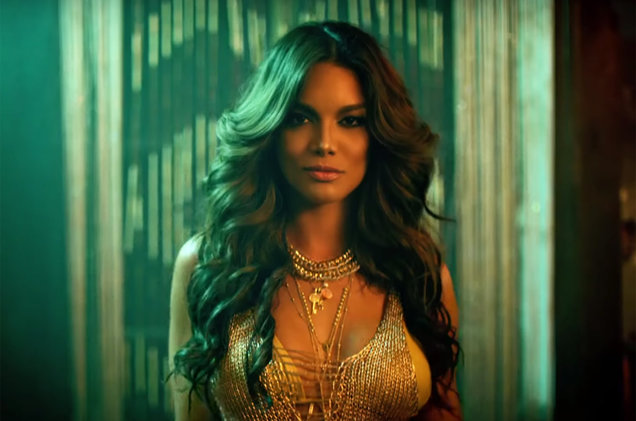 <![CDATA[]]>
<![CDATA[]]>
Home entertainment Who Is Zuleyka Rivera? ‘Despacito’ Actress Things To Know About her

Who Is Zuleyka Rivera? ‘Despacito’ Actress Daddy Yankee and Luis Fonsi took the stage at the 2018 Grammys to perform “Despacito,” last year’s undisputed song of the summer. The remix of the song features Justin Bieber, who skipped the awards show to complete his upcoming album. The “Despacito” remix scored three Grammy nominations: Record of the Year, Song of the Year, and Best Pop Duo/Group Performance. The original version, meanwhile, won four awards at last year’s Latin Grammys, including Record of the Year and Song of the Year. The Puerto Rican star, who held the title of Miss Universe in 2006 danced alongside the singers in a sheer bodysuit with gold embellishments. “It is my first time at the Grammys,” she told us. “I’m so excited. For me, it’s such a privilege to be here with Daddy Yankee, Luis Fonzi.” She’s a renowned beauty queen. Not only did she claim the Miss Universe Puerto Rico title, Zuleyka eventually took the top prize and was later crowned Miss Universe in 2006. After her huge Miss Universe win, she studied acting and eventually became a TV star. She now lives in Miami where she’s frequently a special guest or a host on shows like Un Nuevo Dia on Telemundo and Despierta America on Univision. Before that, she became a breakout star by appearing on several Televisa soap operas in Mexico. In addition to modeling, she also owns her own clothing line. On top of running her own teen-ware clothing collection, she also has three fragrance lines called the Karisma, Zuleyka and Zuleyka 2010. If that wasn’t impressive enough, she also started an amazing swimsuit collection called ZK that’s purposefully designed to “look elegant but also make you feel sexy,” according to Rivera. And she does all of this while being a single mom! Although she showed off her best moves on Univision’s Mira Quien Baila, Zuleyka didn’t take the top prize — but you might say her dancing style was a big win considering the fact she went on to do the steamy “Despacito” music video. ]]>