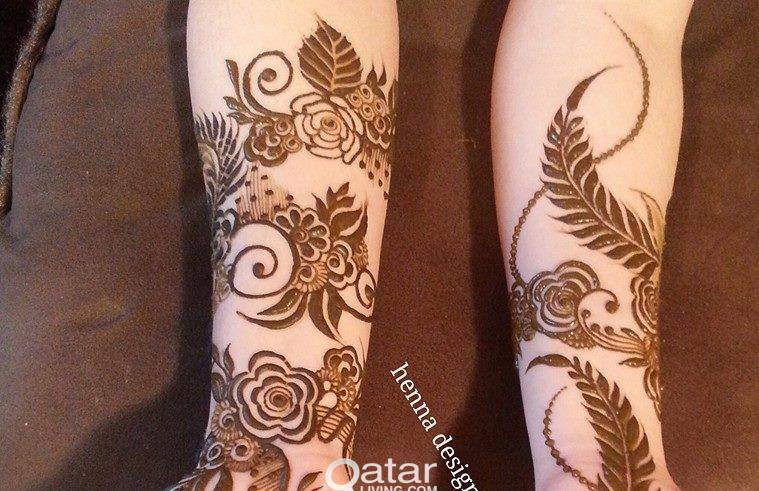 According to the belief of Hindu religion, every married woman or a virgin girl puts henna on her hands on wedding, festival or any other auspicious occasion. According to Indian tradition and culture, mehndi is counted among 16 sixteen adornments of married women. Not only this, different importance of applying mehndi is described on different occasions in Hinduism:

The practice of applying mehndi in the hands of the bride in marriage is ages years old. but now even the groom has started applying mehndi in his hand. While mehndi enhances the beauty of hands, it has many other benefits. Mehndi also has important significance in religious terms. Its effect is also very cold. It is also believed that the bride whose Mehndi brings the deeper color, her husband loves her as much. Now a days woman apply beautiful henna design to impress her husband.

Applying henna on any occasion or festival is an auspicious sign that also brings happiness. It is said that in the house where girls and women apply mehndi, there is the abode of Gods and Goddesses on whom there is infinite grace. It is believed in the stories that when Goddess Durga got angry, she was decorated with mehndi by the Gods and Goddesses, which calmed her anger. For this reason, henna is applied on all special occasions.

In Hindu culture, henna is applied in the hands of both bride and groom on the occasion of marriage. Creating more of mehndi is considered a message of happiness and love. At the time of marriage, it is also considered a tradition of Indian culture to write each other’s names with Mehndi in the hands of both the bride and groom. It is said that the darker the mehndi color, the more it indicates towards a stronger relationship between husband and wife. Mehndi is a symbol of keeping newly married spouses and their families together throughout the ages.

Mehndi is also used in many medicinal uses in Ayurveda since ancient times. Mehndi is a symbol of coolness. For this reason, it is good to apply mehndi during mental stress, fever or headache. Mehndi provides relief from burning or burning of the body. Therefore, it is considered as a potent medicine. Mehndi has special significance in Hinduism. It is considered to be a symbol of good work on any auspicious and auspicious occasion. Mehndi is considered a symbol of auspiciousness in addition to decoration.Mehndi is necessary for our body and our mind. It keeps our body cool and mehndi is also considered good for our hair. And for love too, if you want to apply mehndi and want to see how much your partner loves you then definitely try it.

If you loved Shutter Island, it is only normal to look for other movies that can stimulate…