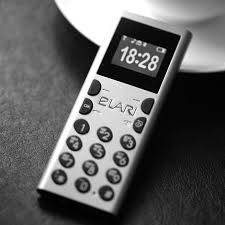 Nano phone c price in india  and specification in full detail   Samsung, Vivo and Apple-like giant smartphone maker companies are launching new phones. At the same time, a mobile manufacturer has launched the world’s smallest mobile in the Indian market. The mobile maker Ilari has introduced this phone, it is being described as the upgrade version of the NanoPhone C. The old version of NanoPhone C was launched by the company in July this year. At that time it was priced at Rs 3940, but now the company has introduced it at cheap prices. If you want to buy this phone then you can buy from Yerha.com online. The phone, priced at Rs 2,999, has been launched in Platinum Silver, Rose Gold and Black Color. While its earlier version was launched with aluminum body and silicon keypad. The world’s smallest phone functions and designs are very similar to its older models. It supports Bluetooth. This phone is the smallest phone in the world and the lowest weight is also there. Its weight is only 30 grams. In the new model, the company has not been able to add more features. It was said by the company that these features are enough for this. Nano phone C has Bluetooth, call recorder, calculator, up to 32GB MicroSD card support. The phone supports micro SIM. Apart from this, MP3 phones, FM radio alarms and voice recorders have been provided for entertainment in the phone.   Nano phone C has a 1.0-inch TFT display. In this, the Media Tech MT6261D processor has been given as well as 32MB RAM. Apart from this, the phone has 32MB of internal memory, which can be increased to 32 GB via micro SD card. To power the phone, it has a 280mAh battery. The company claims that this phone can be talked for 4 hours continuously. Its battery has a 4-day standby time.]]>