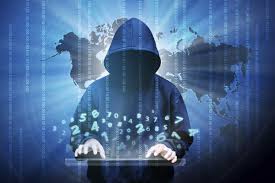 Is cyber attack not over yet? no at all! This is just the beginning. In fact, security researcher has discovered a few new versions of this WannaCry ransomware, which has been named WannaCry 2.0, which is probably not going to stop anymore. This ransomware has already influenced high profile organizations in other countries, including Spain, Britain, China and India. These organizations include UK clinics and hospitals, telecom, gas, electricity and other utility providers. Many Universities in China have also been targeted.

How does WannaCry Ransomware work?

The attack is done when the system connects to a network using SMB services. These services are attacked by EternalBlue and WannaCry Ransomware is released on the system. After that, it encrypts all the data on the system and then “.wconfRY” extension. After successful exploration, it edits WanaDecryptor @ .exe, tasksche.exe, taskdl.exe and taskse.exe file to the system. After successful encryption, it shows the warning message for retrieving files, which contain instructions for recovering the files. At the same time, a countdown timer is shown to create panic, so that the victims pay their ransom amount WannaCry ransomware attacks, victims have been sent ransom notes with “instructions” in the form of !Please Read Me!.txt files, linking to ways of contacting the hackers. WannaCry changes the computer’s wallpaper with messages asking the victim to download the ransomware from Dropbox before demanding hundreds in bitcoin to work. Put more simply, once inside the system WannaCry ransomware creates encrypted copies of specific file types before deleting the originals, leaving the victims with the encrypted copies, which can’t be accessed without a decryption key. WannaCry additionally increases the ransom amount, and threatens loss of data, at a predetermined time, creating a sense of urgency and greatly improving the chances victims will pay the ransom. You can use bitcoin the same way, but unlike a credit card, the transactions you make using the currency are completely anonymous. They can’t be used to identify you personally. Instead, whenever you trade in bitcoin, you use a so-called private key associated with your wallet to generate a bit of code – called an address – that is then publicly associated with your transaction but with no personal identifying information. And in that way, every transaction is recorded and securely signed in an open ledger that anyone can read and double-check. quickly, asking for their medicines.

How to protect yourself from WannaCry Ransomware?

1) Install a patches issued by Microsoft: Microsoft has already released a patches (MS17-010) in the month of March, you are advised to download and install the patch after viewing the operating system version of your PC and its 32 or 64 bit. The largest ransomware attack in history has already infected more than 114,000 Windows systems in the past. In view of this, Microsoft has taken an unusual step to protect its customers’ old computers. Microsoft has released Emergency Security Patch Update for Outdated Windows XP with Windows 7, 8, 10, Server 2003 and 2008. Download and install these patch now from Microsoft’s sites – https://technet.microsoft.com/library/security/MS1 7-010 Read this also  Computer Virus Infections No Matter, step by step guide to Remove Virus From Windows 2) Disable SMB: The virus entry on your device, which is dependent on the gap in the Windows system, and the gap is in all versions of Windows. If you have not updated your Windows or have not installed it, then you should stop the SMP service of your PC immediately. Let’s understand in simple language how to disable SMP –   Go to Control Panel -> Programs and Features.   Click on Windows Features on and off from the right side of the screen. Now scroll down, and uncheck ‘SMB 1.0 / CIFS File S haring Support’. Then click OK, close Control Panel and restart the computer.

First, backup your important data to an external hard drive and disconnect it from the PC and keep it aside. So even if your PC is infected with Ransomware attacks, then you can format your PC and save this data again on the PC. Do not click on any harmful link in your email. Be careful not to go to unsafe or unreliable sites. Also come from web pages, Facebook or Messaging apps, never click on a link that you do not trust. If this link is sent to you by your friend or acquaintance, click on it Please confirm it by asking them before leaving. Keep a backup of your files regularly and from time to time. Use the antivirus and always update the system. Keep the firewall on firewall or use some other good firewall. Right now, it can not be sure that when WannaCry Ransomware attacks will stop. But after making these steps, you can help protect your PC from the dangers of Ransomware.]]>

What Type Of Contaminants Do Home Water Filters Remove?