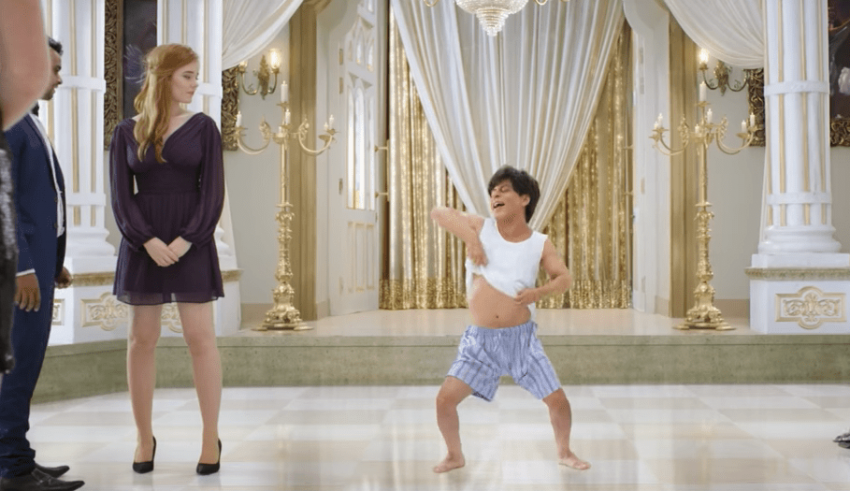 Zero: Shah Rukh Khan reveals title of his next film, SRK revealed the name through a teaser video Shah Rukh Khan knows how to do things differently. He gave the best New Year gift to his fans and it is called ‘Zero’. Surprised? Well, keeping up with his promise, the Baadshah took to Twitter at exactly 5 pm to reveal the title of his next movie with director Anand L Rai. This is SRK’s first collaboration with the director-producer. Shah Rukh shared the name of the movie – Zero, in a quirky way. The title was announced through a teaser which was essentially a throwback to the 80s  giving the perfect feel of retro cinema complete with the grand sets and glazing lights. The teaser showed the megastar in a never-seen-before avatar, as the actor pranced and jumped around throughout the one-minute-long teaser. SRK plays a ‘dwarf’ or a physically challenged man in the much-awaited film.Shah Rukh co-star with Anushka Sharma and Katrina Kaif, both of who are his co-stars of 2012 movie Jab Tak Hai Jaan. While Shah Rukh rung the New Year in with his family in Mumbai, Katrina is holidaying in Thailand and Anushka is on the South Africa tour with Virat Kohli. But surely all three had a sigh of relief after Zero was announced as  the title, because the wait was a long one (more on that later). The quirky video acts as an amazing teaser for the movie and finally shows SRK in his dwarf avatar as he grooves to old Bollywood songs and behaves in an obnoxious manner. It looks like the actor will play therole of a dwarf that people will love to hate.Singing Mohammed Rafi’s classic song “Iss Diwane Dilne Kya Jadoo Chalaya”, SRK jumped around a huge room in three avatars flaunting boxers-vest, a tuxedo, and casual wear. The teaser opened with a number of adjectives describing King Khan’s character. Some of the colourful words used in the teaser were, ‘Pagal’, ‘Mental’, ‘Shaayar’, and ‘Dhokebaaz’. A closed look at his character in one of the shots shows the face of Katrina Kaif imprinted on his coat. As per reports, Shah Rukh plays a character who is star struck while Katrina plays a celebrity. he had posted the teaser with the caption, “टिकटें लिए बैठें हैं लोग मेरी ज़िंदगी की, तमाशा भी पूरा होना चाहिए! As promised, here’s the title of @aanandlrai ‘s film. @AnushkaSharma #KatrinaKaif @RedChilliesEnt @cypplOfficial #2ZERO18.” anushka sharma also twitted with caption New year ki raat waali party toh ho gayi, par #2ZERO18 ki party toh aaj se shuru hui hai. Dekhiye Zero. @iamsrk @aanandlrai #KatrinaKaif @RedChilliesEnt @cypplOfficial http://bit.ly/Zero-Title ]]>