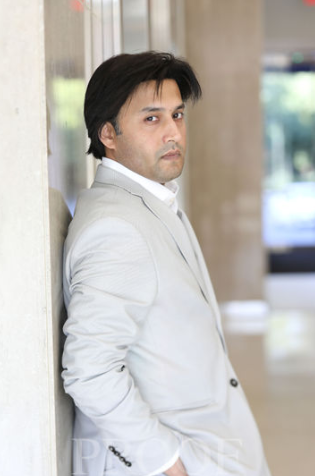 FAZLE CHOWDHURY
Home entertainment A MANAGEMENT PROFESSIONAL AND A PASSIONATE WRITER– THE STORY OF THE AWARD-WINNING AUTHOR, FAZLE CHOWDHURY

There are hundreds of people who, after spending years in a field, realize that it was not the right choice for them. It is a prevalent issue all across the globe, but not many people take the bold step of changing their careers midlife. There is no denying there; changing careers midlife can create havoc in life. However, stepping into the right field of work brings peace of mind and helps one perform better professionally. Even though it is a difficult decision, it can improve the lives of people in a variety of different ways. When a person is working in a career they are passionate about, the road to success shortens, making it easy and stress-free for a person to achieve their life goals.

One of the many reasons that people are skeptical about changing careers midlife is the fact that the world harshly criticizes midlife career changers. They fail to see the bravery of a person who decides to change their career after spending such a long time in a field. It is never too late to change career. People need to understand that changing careers midlife can significantly benefit people. One person who is an example of a midlife career change is Fazle Chowdhury, who made the switch from being a successful management professional to a novelist.

The management professional is famous for his book, “Promises of Betrayals: The history that shaped the Iranian Shia clerics.” He did not gain global recognition as a management professional, but it was his writing that made Fazle a well-known personality in the world. Fazle switched to the writing career after spending ten years in the management consulting. He is an example for people who believe changing careers midlife.

Traveling the World, Finding his Way into Making Management Better

Fazle Chowdhury was born to an economist, and Mumtaz, a trained sociologist. Rahman Chowdhury worked for the United Nations agency World Food Program (WFP), and the nature of the job required him to travel around the world frequently. He used to take his family along whenever he had to travel to different parts of the world. Fazel has spent his childhood in different parts of the world, including Cambodia, England, Sri Lanka, Nepal, Singapore, Italy, India, and Pakistan.

He was passionate about the management profession and wanted to establish a career in this industry. After graduating from the Kodaikanal International School, a boarding school in Tamil Nadu, India, Fazle entered Northeastern University in Boston, Massachusetts. He graduated with an MSc. in Organization Management in 2010. He then enrolled in a program in stewardship in Non-profit Management in 2015 at Harvard’s Kennedy School of Education.

Determined to establish a management career, he spent ten years in the industry. He worked as a management professional in highly esteemed organizations, including United Nations Development Program (UNDP) and International Business Machines (IBM).

Stepping into the Industry as a Novelist

Fazle was determined to establish a career as a management professional, and he was able to do it. Despite being passionate about this sector, he did not feel a connection with it when he stepped into the professional sector. After spending a decade in this industry, he decided to step into the world of writing. In 2018, he launched his first-ever book, “Promises of Betrayals: The history that shaped the Iranian Shia clerics.” It was published on November 26, and it became a global success in no time. It received a huge acknowledgment, and many experts referred to this book as the “best book written on Iran.” The book in which Fazle discussed the history of Iran and also highlighted the role of Shia theocracy in the country, helped people understand the context of Iran’s present and its government. Fazle’s first book led him to the Literary Titan Award in December 2018.

His second book, “Revived Failure: Iran’s reality after the American withdrawal from the nuclear deal,” hit the markets in 2019. Like his first book, even this one acquired great success in the world. Fazle released another novel, “With Dark Understandings,” a thriller novel in 2020.

Fazle Chowdhury, who spent more than a decade in the management sector, has established himself as a well-known novelist in the world. Some of the most well-reputed platforms have appreciated Fazle’s writings. As per the IndependentBookReview, “Promises of Betrayals is an intensive, well-written history of the Islamic leadership in Iran, aimed to educate Americans on why they should improve their understanding of the Middle East… This could prove to be a truly worthwhile read for those with prior knowledge of Iranian culture as well as for those dedicated to improving America’s foreign policies.” Similarly, other platforms, such as SelfPublishingReview.com, have also appreciated Fazle’s unique writing skills and style. Fazle Chowdhury’s present critically acclaimed novel: With Dark Understandings continues to generate interest as a thriller novel.