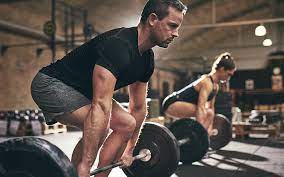 Home Health & Fitness Are deadlifts a back or leg exercise?

Deadlifts are an excellent form of powerlifting exercise that targets many muscles in your body and are very effective for bodybuilding and increasing muscle strength.

This article will discuss whether deadlifts impact the legs or back as the primary target muscles.

Deadlifts are a type of weight training and are considered a powerlifting exercise. It involves holding a barbell and lifting it off the ground to the hips level, and then placing it back on the ground. The body is kept perpendicular to the floor while lifting.

What muscles do they target?

To understand how deadlifts impact your body, it is essential to know the body moves during deadlifts to train better the muscles you want to target. During deadlifts, the following actions take place.

The main movement during a deadlift is the extension of the knees and hips. It makes the deadlifts mainly an exercise of the lower body, i.e. leg exercise. But they also target back muscles, and we will talk about how we can change the training to focus on back muscles.

Here is the list of all the muscles that are targeted during a deadlift.

Deadlifts on leg day and back day

Here are some considerations to make while incorporating deadlifts in your workout on leg day and back day.

The mechanics of deadlifts make it an ideal workout for leg day. But since the deadlifts utilize the energy of leg muscles so heavily and are very taxing on the body, they must never be at the beginning of leg day workout.

Arrange your workout to keep the deadlifts at the end of your training. Start with less exhausting exercises such as squats and leg press. This way, you can perform your deadlifts with more power and energy.

Deadlifts on a back day

Back muscles are not much utilized in this workout and play a secondary role in deadlifts, unlike leg muscles. Therefore on a back day, you should keep them at the beginning of your training as they will activate the back muscles, and you do not have to worry about wearing your legs out.

Here are some of the best variations of deadlifts for performing on leg day.

In sumo deadlifts, the legs are kept wide apart and on the outside of the arms. The body’s position in sumo deadlifts makes the body more upright, and the pressure is more on the quads and adductors.

Deficit deadlifts are a variation of deadlifts performed while standing on a raised surface. It leads to an increased range of motion and extra force off the ground for easy extension. The primary muscles in this variation are quads, glutes, and hamstrings.

These are particular types of deadlifts performed with the help of equipment known as a trap bar. This bar is shaped like a hexagon with weights on each end. With trap bar deadlifts, you have to put your knees and legs more forward than usual and put less stress on the back muscles.

Back variations of deadlifts

Here are some of the best deadlift variations for back day.

In snatch grip deadlifts, the bar’s grip is kept wider apart than regular deadlifts, making it an advanced variation of traditional deadlifts. The arms are kept broad, and the hips are extended, which adds to the pressure on the upper and lower back muscles.

In this variation of deadlifts, the knees are kept straight. The back is almost parallel to the ground while deadlifting.

The hips start at a higher position compared to conventional deadlifts. It adds to the amount of work done by glutes, hamstrings, and back muscles.

Deadlifts are great for training the legs, back, and standalone exercise. If you are considering how you should put deadlifts in your training and whether they should be done on leg or back day, this article will act as a thorough guide. You can also vary the technique of deadlifts to focus on a specific muscle group for best results from the exercise.

Jordan aka Yash Talwar is a Lyricist, Music composer, Rapper, and a Copywriter from Delhi.… 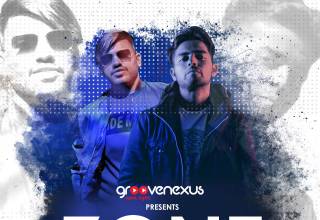 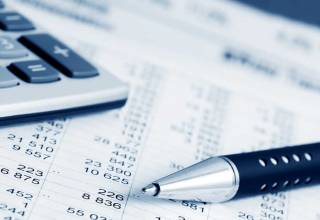