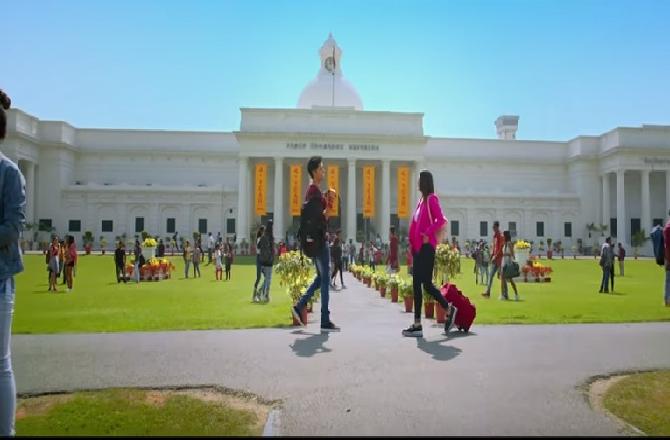 Genius song Tera Fitoor full song Arijit Singh steals the show with a romantic track  Genius  Tera Fitoor full song will be out tomorrow Gadar: Ek Prem Katha director Anil Sharma’s son Utkarsh will be debuting in upcoming romantic drama Genius alongside Ishita Chauhan. Utkarash was last seen Gadar Ek Prem Katha in which he was playing the role of Sunny Deol son Gadar was one of the biggest hit Genius movie also features talented actors Mithun Chakraborty and Ayesha Jhulka among others Nawazuddin Siddiqui stars as the villain. A huge welcome to a new star in the industry. The movie going to release on 24th August 2018 The film’s teaser was released online on 20 June, which showed Utkarsh as a classic Bollywood hero who woos the girl and also fights the bad guys. On Wednesday, the director unveiled the teaser of a song titled ‘Tera Fitoor’The song has been sung by none other thane bollywood famous singer  Arijit Singh and composed by Himesh Reshammiya. Kumaar has penned the lyrics. The mellow, romantic ballad has a catchy tune. The video accompanying it shows snippets of Utkarsh dancing around a college campus and also occasionally stealing glances at his lady love.