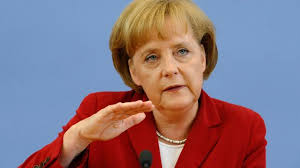 Germany has for decades been Europe’s strong pillar of stability, and supported the European Union through economic crises,
pressures from immigration and the threat of a resurgent far-right.

But with Germany’s politics now in disarray — and the future of its chancellor Angela Merkel hanging in the balance — Europe risk
s losing its de facto leader, resulting in a power vacuum across the continent.

Europe-watchers are contemplating what protracted uncertainty in the country might mean for the E.U. and how it might fare if
Merkel does not survive.

Germany’s Chancellor Angela Merkel dismissed the possibility of holding elections again on Saturday (November 25) after the
talks with the Free Democratic Party (FDP) and the Greens on the coalition government failed. she said that she wants to form a
new government as soon as possible . Kristin Merkel in Northeast Germany At the party’s Democratic Union (CDU) party conference,
she said “People have voted us and if we fail to give them result which they expecting , then I am not in favor of asking
people to vote us again.”

Merkel is facing serious political crisis for the first time in 12 years. On November 19, the talks between various parties had
failed due to the formation of a new government in the country. The FDP decided to end negotiations with the Greens, the CDU
and the Bavarian Kristin Social Union (CSU) to form a new government after the federal election on September 24.

While addressing the party conference, Merke said that he wants to form the government as soon as possible . The country needs a
permanent government but at the same time, a government should also take it on the path of development. The CDU leader also
said that the dialogue with the Social Democratic Party (SPD) should have been based on mutual respect and the agreement was
part of it.

Germany’s President Frank Walter Steinmeier has invited Merkel, SPD leader Martin Schulz and CSU leader Horst Seehofer to hold
a meeting next week, in which another major coalition will be discussed. The SPD has repeatedly refused to join hands with the
union after losing the federal election. Schulz took a soft stand on Friday and said that his party is interested in negotiating
with the union.