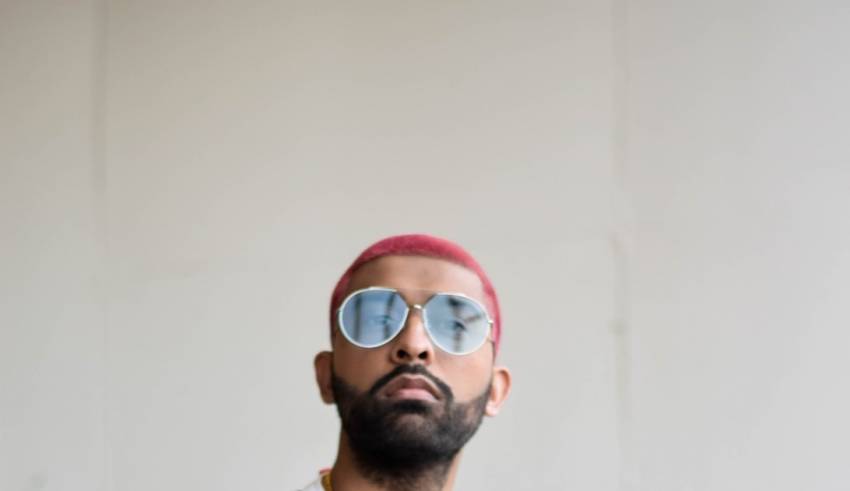 Life is a series of mixed events. From happy moments to prolonged feelings of sadness, not much can be predicted as to what life might throw next in one’s way. “Life is hard,” one solid fact that is known and accepted by all.

The challenging times with unpredictable twists and turns presented by life maybe something everyone has in common, but these experiences are different for everyone. Often, there are such events that shatter a person to their core. Survival seems impossible, when everything that somebody worked hard for comes crashing down. Having to fight off the hopelessness and despair that comes along with these tough situations is the hardest part, and all anyone wants to do is to run away!

But here’s the thing most people forget, life may be difficult, but it’s worth it. Even when a person is left with nothing but the broken dreams, hopes, and expectations, the words, ‘giving up’ should not be looked upon as an option. While not everything life breaks can be fixed, there are some that can be mended.

There are dozens of examples of patience and perseverance in history, but Deepak Raj Agrawal’s story, who the world knows as “Baegera,” is the perfect example of how an individual should keep on moving forward while believing in themselves.

Deepak Agrawal faced the harsh realities of life before he could see the brighter side. His childhood was not pleasant, as he lived in a financially unstable house in a neighborhood enwreathed by crime.

Deepak opened his eyes on August 11, 1988, in Feltham, a suburb of London. The child’s first six years of life were spent close to the HM Prison Feltham, and the neighborhood was filled with stories of crimes. Deepak’s parents decided to move to Allahabad, India, their hometown, because this was the only way they could keep their son away from crime.

Moving from a lifestyle influenced by Western Culture to extremely poor conditions was hard for young Deepak. His parents might have taken him away from crime, but they could not protect him from the worst living conditions in Allahabad.

The four years he spent in Allahabad were marked by adversities. He had to live without the luxury of water and electricity. Deepak was forced to shower with cold water, due to unavailability of hot water. Wasting water was never an option, and to help minimize its usage, his father would help him in taking a bath.

Deepak lived most of the time with his grandparents and his aunt, who taught kids at home. Somedays, he had to study under a candle. Even though the situations were really tough, he managed to find hope and happiness even where there was none at all.

Deepak’s parents decided to move back to the United Kingdom when he turned 10. The family moved close to Heathrow Airport, in the Borough of Hounslow. Deepak’s mother got a job in a catering company, and his father started working in British Airways.

Baegera started studying at Cranford Community College. The situations at the school were worse, with children openly engaging in fights and drug usage. The neighborhood was up to no good either. Deepak was once held with a gun to his head by his classmate, an extremely traumatising event.

PURSUING A CAREER IN HIS PASSION, MUSIC

Upon finishing high school, Deepak joined Abingdon, a Private School. There, he boarded for two years on the school grounds. He was passionate about pursuing a career in music from the very beginning, and this is what he aimed to do, after finishing high school. However, once again, things did not go in his favor, as Deepak’s father denied his wish to take music up as a subject, saying it was a waste of time. He wanted Deepak to pursue a career in medicine.

But, he did get Deepak a guitar. Since the boy was determined to take his passion forward, he started taking private music lessons. During the summer holidays, Deepak took part in a theater production, “In the Name of Sex,” where he played the lead role.

The play was all he needed to reignite his love for music. As soon as his year finished, he took a gap year in the attempt to pursue music. His songs and music were heavily influenced by Indian classical music.  The passionate and aspiring music artist travelled to India to study music, even though his father was against the idea.

As soon as Deepak returned, his father forced him to pursue an education in medicine. Due to the pressure, he started a Degree in Biochemistry at Imperial College, London. Since he lacked the interest in the subject, Deepak dropped out after the first year to pursue his passion for music.

On December 6, 2019, Deepak, released his debut single, Seen You Before. The track is an international collaboration, which was written and recorded at Peer Studios in Los Angeles. The backing vocals were recorded at Tileyard in London by “Ali Tennant,” the song was mixed at Larrabee Studios back in Los Angeles by Jaycen Joshua, and then mastered by Chris Athens at Sterlings in New York. The song was released by his own independent label, Hakadosh Records, and peaked no. 9 on the U.K. Pop Chart. The song also had four deep house remixes that were released at the end of the year. The song gained immense recognition due to its soulful music, deep vocals, and unique vibe.

During this time, Deepak officially took up the name, “Baegera,” influenced by his heritage, meaning ‘black panther’ as referenced in Rudyard Kipling’s The Jungle Book as a ‘protector’ and ‘mentor.’

As of today, Deepak, professional known as Baegera, is working on more fantastic tracks that will soon stir hype in the RnB world!