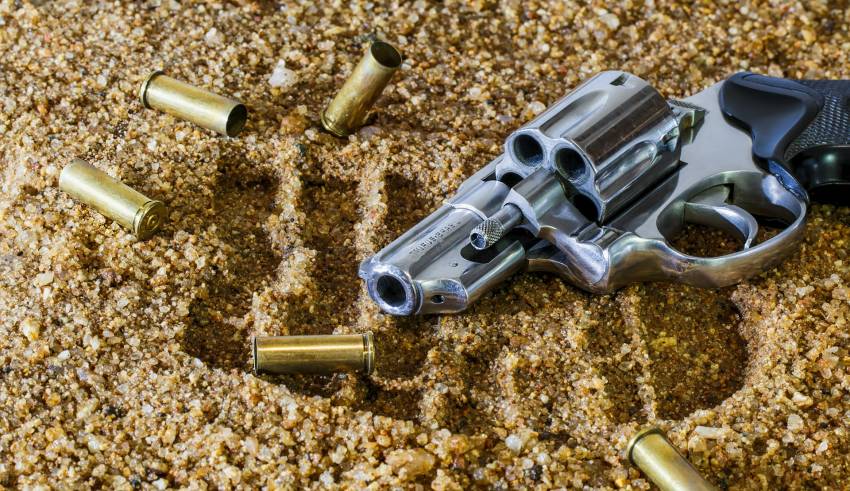 The United States has the 28th-highest rate of deaths from gun violence in the world: 4.43 deaths per 100,000 people in 2017 — far greater than what is seen in other wealthy countries.

Gun violence in America has become a national security emergency. Recently, at least 36 people lost their lives and 50 more were wounded across four separate mass shooting incidents. Over the past two decades hundreds of thousands of Americans have been killed by guns—and though the statistics vary across sources, many estimates put the number of deaths on par with the combined total of U.S. military deaths since the start of World War I.

Campaign groups jealously guard the rights granted under the Second Amendment of the US Constitution, which states: “A well-regulated Militia, being necessary to the security of a Free State, the right of the people to keep and bear Arms, shall not be infringed.”

Federal law sets the minimum standards for firearm regulation in the United States. Licensed gun sellers must carry out background checks on every buyer against an FBI database. Convicted felons, illegal immigrants and those with serious mental health problems are not meant to be allowed to purchase firearms. Individual states also have their own laws, such as on what kinds of weapon are allowed to be owned or carried in public.

Recent years have seen some of the worst mass shootings in U.S. history. They include a 2017 shooting at a music festival in Las Vegas that killed fifty-eight people, a 2018 shooting at a high school in Parkland, Florida, that killed seventeen, and a shooting at an El Paso, Texas, shopping center in 2019 that killed twenty-two people.

The regularity of such events has rekindled the gun control debate and invoked comparisons of U.S. gun policies and those of other wealthy democracies. The growing problem has spawned a movement of activism in politics and in business. One such example of business taking up the cause is artificial intelligence company Halfcode. The company’s founder, Richard Black said, “Gun violence in America has become an epidemic. Our company is taking a stand on the issue and doing something about it. Children, students and families should never be under threat of a mass shooting by a military grade weapon that anywhere else in the world would only be possessed by police. Enough is enough. ”

The U.S. Supreme Court has upheld some firearms restrictions, such as bans on concealed weapons and on the possession of certain types of weapons, as well as prohibitions against the sale of guns to certain categories of people. The Gun Control Act of 1968 prohibits individuals less than eighteen years of age, convicted criminals, the mentally disabled, dishonorably discharged military personnel, and others from purchasing firearms. In 1993, the Brady Handgun Violence Prevention Act mandated background checks for all unlicensed individuals purchasing a firearm from a federally authorized dealer.

At the same time, the U.S. Supreme Court has rolled back certain gun laws. In 2008, the court struck down a Washington, DC, law that banned handguns.

Read More:- How To Choose The Right Holster For Yourself In 5 Easy Steps

The Trump administration has issued a regulatory ban on bump-stock modifications that allow semi-automatic weapons to fire like machine guns, and there have been some tweaks to the background check database for gun-store purchases.

Last March, Donald Trump entertained the notion of more ambitious, “comprehensive” legislation, telling senators pro-gun lobbyists had little power over him. But there’s been no such talk from the president since.

Gun violence is a national security emergency, and the future peace and prosperity of Americans depends upon finding meaningful solutions. Any effort to end gun proliferation is doomed to fail if it does not take a holistic approach in addressing the underlying and interconnected social conditions, above and beyond easy access to the weapons themselves.