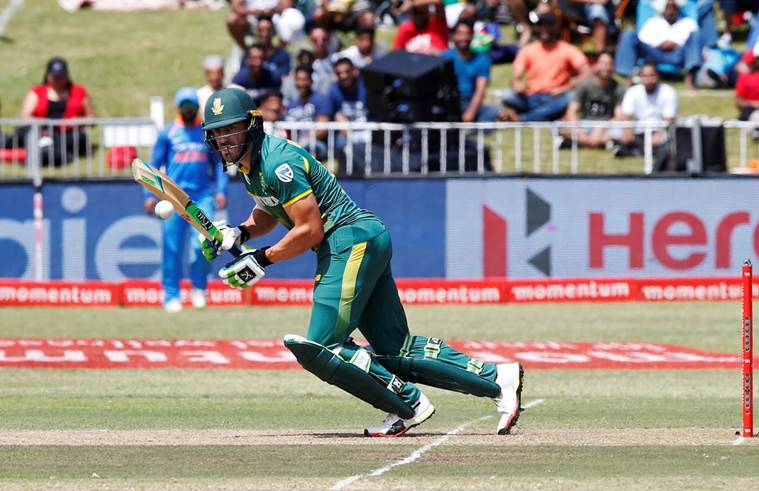 India vs South africa : Faf du Plessis Injured ruled out of India ODIs, T20Is South Africa skipper Faf du Plessis has been ruled out of the rest of the ODI series and the T20Is that follow against India. According to a media release by Cricket South Africa, Du Plessis has sustained a fractured finger and is required six weeks’ time to recover. Farhaan Berhadien has been called to the South African side as his replacement while a stand-in skipper will be announced on Saturday. “Du Plessis will undergo a period of rest and rehabilitation with the aim of being fit for the first Sunfoil Test match against Australia starting in Durban on March 1st,” said the CSA release. South Africa had already suffered a major blow blow to their ranks before the start of the ODI series against with AB De Villiers being ruled out due to a finger injury too. De Villiers was also South Africa’s back-up wicketkeeper and Heinrich Klaasen has been given a maiden ODI international call-up for the position. Du Plessis injured his right index finger during the first ODI at Sahara Stadium Kingsmead on Thursday, with further assessment and investigation revealing a fracture which will require 3-6 weeks to heal. . He had scored 120 in that match but his century went in vain as India went on to win by six wickets. His counterpart Virat Kohli’s century powered the Indian chase. South Africa thus trail the six-match series 1-0. They come into the series on the back of a 2-1 win the Test series against India. The six-ODI series will be followed by a T20I series that consists of three matches.]]>