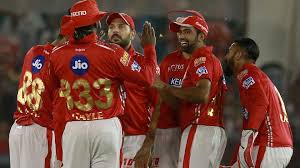 Smile, dance and dab 🕺🏻 Take a look at what went behind the TVC shoot of @reliancejio, with @ashwinravi99, @YUVSTRONG12 and @henrygayle.

Kings XI Punjab vs SunRisers Hyderabad live update: kings xi punjab captain R ashwin has won the toss and elected to bat against sunrisers hyderabad chris gayle and kl looking in great touch providing good opening wicket paterniship  against sunrisers hyderabad Rashid makes up for the 2 Sixes off his last over as he breaks the half century partnership trapping Rahul in front of middle Deepak Hooda errs on his length on the fuller side and chris gayle makes full use of it. Hits one over the ropes straight down the ground.overs done and the strategic time-out has now been called. The score  68/1.

Mayank Agarwal goes for long on as he hits a boundary again, this time a Six Mayank agrarwal goes for 18 at bowling of sidhart kaul he was looking in great touch

What an impact the Universe Boss has had as he brings up his second consecutive half-century. This one comes off 3⃣9⃣ deliveries.#LivePunjabiPlayPunjabi #KXIPvSRH — Kings XI Punjab (@lionsdenkxip) April 19, 2018