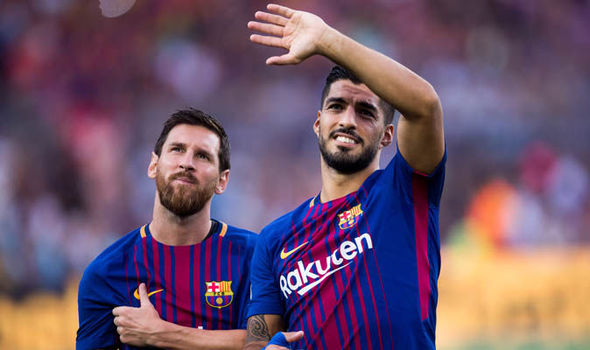 But soon after the break Messi dropped deep to pick the ball up, surging forward to prod in Suarez for a delightful curled equaliser. Messi caused more problems for Sociedad before keeper Geronimo Rulli’s poor pass was powered forward by the head of Thomas Vermaelen, enabling Suarez to scamper through and angle the ball home. Argentine legend Messi capped everything, though, with a thumping top-corner finish on 85 minutes to complete the fightback. That will leave £145million former Liverpool playmaker Coutinho wondering where he will fit in as it was only in defensive areas where Barca sometimes struggled. The fightback gave Barcelona its first win in La Liga at Anoeta Stadium since 2007 _ ending a run of five losses and two draws. Barcelona also extended its undefeated streak across all competitions this season to 29 straight games since losing the Spanish Super Cup in August. Sociedad looked set to continue its dominance over Barcelona at home after early goals for the hosts from Willian Jose and Juanmi Jimenez. But Suarez set up Paulinho before halftime and the Uruguayan scored twice in the second half as heavy rain fell over the northern city of San Sebastian. Messi secured the three points when he scored from a free kick with five minutes remaining.]]>