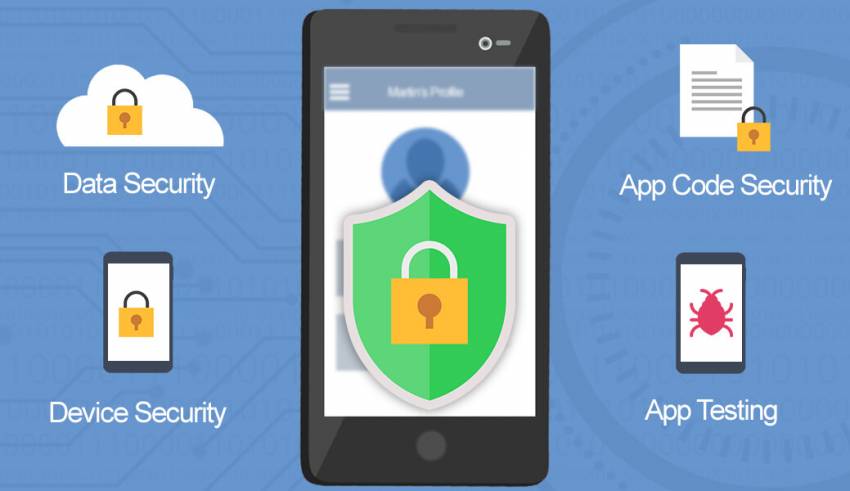 In the present age of technology probably smartphone is the most used and useful device for a common man. It is also much beneficial for commercial world as there are companies which get huge business through their apps. Though getting an app is not a tough task for the company as well as a user but to keep it safe and secure is definitely challenging job. Experts offer various actions and measures that can help the makers to have desire level of safety.

Mobiles are used today by each and every person and in business. With advancement in technology at a high pace, the apps have also increased and so is its demand. As mobiles can today function similar to laptops and desktops, the demand of mobile has increased. The additional feature is than it can be easily carried anywhere. There are many apps that can gather useful information like location, usage statistics, phone number, likes, dislikes and many other information. If this data gets into wrong hands, it can be harmful to the user. The app used in mobiles need to be secured. Mobile app security becomes important for securing the user’s personal information from hackers and other malwares.

Mobile App Security: The measures taken to secure applications from any external risk or threat like digital frauds and malware. It focuses on software security posture of mobile apps on various available platforms like Android IOS and Windows Phone. The applications covered in mobile app security are both for mobile phones and tablets. Mobile app security is a critical part of presence of businesses online and various other forms of business that rely totally on mobile apps to connect users from around the world.

Loopholes in Mobile Security App: The focus of mobile app is to focus on a smooth interface and give the users the best functionality. The mobile apps are not designed to act as anti-viruses or in other way transmit secured data over the internet. The devices can install anti-viruses and in turn secure the network and save the device from attack. It also provides protection against poorly designed app and against weak passwords. For the reference of the developers common security lapses are documented by industry experts under aegis of The Open Web Application Security Project (OWASP). The features and limitations of the app are projected under the OWASP. It also lists top 10 comprehensively builds on the basis of pooled knowledge about the industry experts. It is considered on the basis of experts about the present and developing attack vectors on mobile devices. The risk mobile faces and business need to secure app from are:

Lack of Encryption: Encryption is a method through which the data is transported in ciphered code that cannot be viewed without matching the same with a secret key. A high level of data encryption is used to ensure that the app cannot be easily cracked.

Injecting malicious code:  The hacker can use the user forms and inject malicious code and easily access the data on the server. Hacker can inject a line of JavaScript in the login form and can get access to private information of the user.

Binary Planting: It means that a binary file that contains malicious code on a local file system is enforced in the mobile device. Then executes it to get control over the device of the user, in the form of SMS the malicious codes can be sent and it forces user to clink to those links and get trapped. Once the code is revealed to the hacker, they can manipulate and exploit them for further malicious actions.