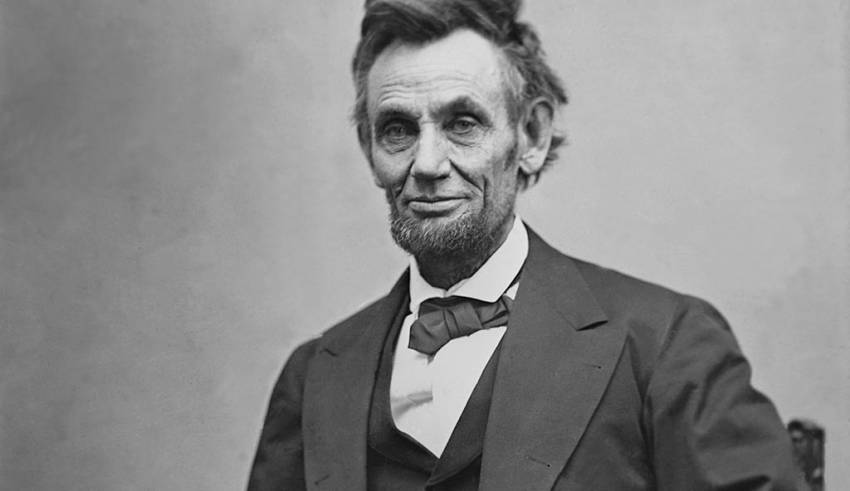 Home Politics Most Important and Interesting Facts about Abraham Lincoln

Abraham Lincoln was the most famous President in US History, He was the 16th president known for his determination, self- confidence and perseverance. His nickname was “Honest Abe “. Lincoln served as President for 5 years from 4th March 1861 until his assassination by John Wilkes Booth on 15th April 1865.

Abraham Lincoln was born on 12th February 1809 in the place Hardin County in Hodgenville, Kentucky. His parents were Thomas and Nancy Hanks Lincoln. They were Farmers. Abraham Lincoln was second child in the family. He was brought up in Indiana and Illinois.

Lincoln’s mother died from milk sickness.  After that his father married a woman who is a widow, her name was Sara Bush Johnson, Abraham Lincoln had a good relationship with her and never thought as step mother. They both had good understanding.

Abraham Lincoln never had a middle name. He worked as licensed Barlender. He was an avid hunter. Abraham Lincoln was never a member of an organized church. He read Bible to know about “Christianity”.

Abraham Lincoln was a self- educated   man. He had little formal education ( only few months) however he practiced Law by his own interest. On other hand Lincoln’s father was literate enough to write his name alone.

When Abraham Lincoln was working as store clerk in New Salem IIIinois, whenever he realized he short changed any customer by a few pennies, he would close the shop and deliver the correct change walk down to their place regardless of the distance.

Abraham Lincoln was 6 feet and 4 inches height.  He got married on 4th November 1842 to a 23 year woman named Marry Todd of Lexington, Kentucky who was just 5 feet and 2 inches height. She is from a wealthy slave owning family. They had 4 boys named Robert, Edward, William, Thomas. Mary Todd Lincoln was the First lady of United States of America. She passed away in the year 1882.

Abraham Lincoln was a wrestler and was very successful.  Out of 300 fights he fought he just lost only one fight. Lincoln was in the National Wrestling Hall of Fame.

He was a General store owner, Post Master and Lawyer before entering Politics. He practiced law, actually he lost a case before the Supreme Court in 1849.

He liked fruits very much. It was his favorite food.

He was known as a gifted story teller and liked to tell many jokes.

He loved to read and read throughout his childhood

In 1836 Abraham Lincoln was qualified as a lawyer, went to work in law practice in spring field Illinois. Lincoln entered state legislature from 1834 to 1842 and in 1846 elected to congress representing “Whig Party” for a term. In 1856 he joined the new Republican Party and in the year 1860 was asked to run as their Presidential candidate.

Abraham Lincoln won the 1860 election and was inaugurated as President in March 1861. The southern states did not want Lincoln to be President. They did not agree his policies, before his official presence in the office they began to leave the country. The first state to leave was South Carolina, but soon 6 more states followed and they formed a new country called confederacy.

Lincoln became President without the majority of the popular vote.

Abraham Lincoln was the first President photographed at his Inauguration

Abraham Lincoln was the tallest among all US President, he had huge feet, shoe size was between 12 and 14. This is the biggest feet size in the history of US presidents. He is the first President to have a beard.

People also commented that he was an unusual a unique personality. He had distinctively shaped beard with no mustache, and had a mole. He often wore a bow tie.

His appearance made him iconic in American history and as such dressing like Abraham Lincoln is a popular costume for costume events.

The First President to have Patent

Abraham Lincoln was the first president have obtained patent for inventing a method to keep ships afloat on shallow water, near the shore, patent number: 6469 in the year 1849 belongs to Abraham Lincoln.

In the Presidential campaign Abraham Lincoln opposed slavery. His victory provoked many southerners fearing that he would attempt to abolish slavery

In 1863 January, Abraham Lincoln issued the Emancipation Proclamation which freed all slaves in areas still under confederate control. This was an important war that put an end to slavery.

Abraham Lincoln was against slavery and also was the first politician to believe in the rights of the women to vote.

Abraham Lincoln was a keen politician and was passionate about testing rifles used by US forces. He tested them out in the open, outside the White House, which was however not allowed by the law.

Abraham Lincoln established “Thanks giving “as a National Holiday.

After a month Abraham took charge, the Civil war began on April 12, in the year 1861 at Fort Sumter in South Carolina. Lincoln was determined to maintain the “Union of the States. This was lasted 4 years and lost the lives of 6 lakhs Americans. Abraham Lincoln faced all sorts of opposition but managed to keep the country together. Lincoln is most famous for leading the country during this civil war. His leadership in the North helped the people in the country to remain strong and defeat the south keeping the country united.

Abraham Lincoln lost 5 Elections before being elected as President twice. He is considered to be the greatest President in the US History

Abraham Lincoln established the United States Secret Service. The Main aim is to protect National Leaders like the President. However it was disappointing that Abraham Lincoln was assassinated by John Wilkes Booth’s on the same day he signed the bill for the “Secret Service” His purpose beyond the agency was to stop currency counterfeiting which prevailed highly at that time. The Secret Service was given the responsibility to protect the commander-in-chief after 1901 when 2 other presidents were killed

The President’s security John Parker left his post to watch the play at Washington DC’s ford Theatre and went to the saloon next door during intermission. It was the same place that John Wilkes Booth was drinking. (he was the assassin)

No one knows where parker was when Abraham Lincoln was killed.

John Wilkes Booth’s brother saved the life of Abraham Lincoln’s first son Robert Todd Lincoln from a severe injury. This incident occurred on a train platform in Jersey city, New Jersey. Where Robert Lincoln was pushed by crowded passengers, fell into the platform and the train started where he was saved by John Wilkes Booth’s brother Edwin Booth.

A Man Known For his Leadership, Determination and perseverance

There are more books written about Abraham Lincoln than any other American or any other personality across the world – more than 15000 books were written.

“A House divided against itself cannot stand, I believe this Government cannot endure permanently half slave and half free “These words of the speech became the best known speech for Abraham Lincoln’s career.

During the Civil War Telegraph wires were strung to follow the action in the battle field and there was no Telegraphic office in the white House. So Abraham Lincoln went across the street to War department to get the news.

Abraham Lincoln was the first president born outside of the thirteen original colonies.

Abraham Lincoln was the first president to be photographed at his inauguration.

There were no direct decedents of Abraham Lincoln though he had four sons.

Abraham Lincoln was a great animal lover, he had a dog named Fido and a cat Tabby.

Abraham Lincoln and his wife held séances in the white House. They had a great interest in psychic phenomena.

It was a gang of Chicago counterfeiters attempted this stealing of Abraham Lincoln corpse from his tomb, their scheme was to hold the corpse for a ransom of 2 lakhs dollars and obtain the release of the gang’s best counterfeiters from the prison. But soon Abraham Lincoln’s body moved to an unmarked grave encased in a steel cage and entombed under 10 feet concrete.

After the assassination till February 12, 1976 Abraham Lincoln’s contents from the pockets was not exposed. They contained

Lincoln Memorial stately monument in Washington D.C honoring the 16th President of United States Abraham Lincoln on May 30th in the year 1922 for the virtues of tolerance, honesty, constancy in the human spirit. It was designed by Henry Bacon.

It has 36 columns of Colorado marbles, one for each state at the time of Abraham Lincoln death in 1865, each column stands 44 feet. The inter features seated Abraham Lincoln statue 19 – foot (5 to 8 meter) made of Georgia white marbles.

It has always been a major tourist attraction.

Some Inspiring Quotes of Abraham Lincoln