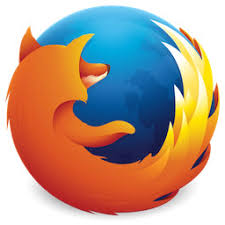 mozilla fire fox terminated yahoo search engine and set google as default search engingine in the United States and stunned everyone by cancelling theire deal with yahoo Google has confirmed this deal , along with Mozilla, but not disclose revenue-sharing terms of the multiyear agreement. Google’s growing spending to be the primary search provider on apps and devices such as Apple’s iPhone has been a major investor concern. now Google will be Firefox’s default search provider on desktop and mobile in the United States, Canada, Hong Kong and Taiwan, said Denelle Dixon, Mozilla’s chief business and legal officer.The search deal with Yahoo was meant to be a five-year affair but it appears Mozilla had an option to exit the contract early, telling TechCrunch it was within its legal rights.   The decision of terminating deal with yahoo “based on a number of factors including doing what’s best for our brand, our effort to provide quality web search and the broader content experience for our users,” Dixon said. “We believe there are opportunities to work with Oath and Verizon outside of search.”   Yahoo search engine had been the default search in mozile fire fox since 2014 in the United States, Hong Kong, and Taiwan. Firefox did not have an official partner in Canada. yahoo Verizon said Mozilla terminating the Yahoo agreement caught it off guard. “We are surprised that Mozilla has decided to take another path, and we are in discussions with them regarding the terms of our agreement,” said Charles Stewart, a spokesman for Verizon’s Oath unit, which oversees Yahoo. The search provider switch came as Mozilla announced Firefox Quantum, a faster, new version of the browser that company says is 30 percent lighter than Google Chrome in that it uses less computer memory. For a decade until 2014, Google had been Firefox’s worldwide search provider. Google then remained the default in Europe while regional rivals such as Yahoo, Russia’s Yandex and China’s Baidu replaced it elsewhere. Former Yahoo Chief Executive Marissa Mayer won a five-year contract with Mozilla in 2014 when Firefox and Google’s Chrome browser were battling for users. Chrome’s U.S. market share has since doubled to about 60 percent, according to data from analytics provider StatCounter, with Mozilla, Apple, and Microsoft browsers capturing the rest. Yahoo paid Mozilla $375 million in 2015 and said that it would pay at least the same amount annually through 2019, according to regulatory filings. Yahoo and Google aim to recoup placement fees by selling ads alongside search results and collecting valuable user data. Google said in October that contract changes drove a 54 percent increase in such fees to $2.4 billion in the third quarter.Former Yahoo Chief Marissa Mayer won a five-year contract with Mozilla in 2014 when Firefox and Google’s Chrome browser were battling for users.  ]]>