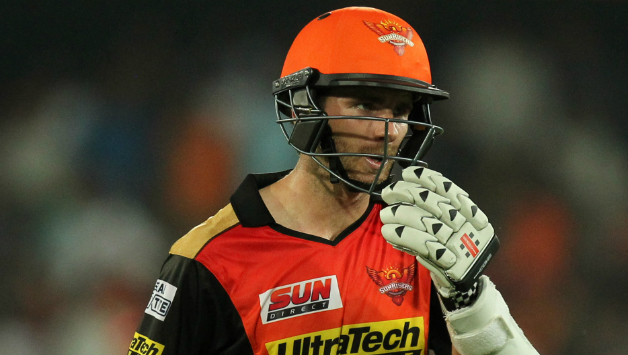 New zealand skipper Kane Williamson replaces David Warner as captain of Sunrisers Hyderabad for IPL 2018 Sunrisers Hyderabadhave appointed New Zealand’s Kane Williamson as their new skipper for the upcoming season of cash-rich Indian Premier League which is all set to kick-off from April 7 in Mumbai. The 27-year old batsman has replaced Australia’s David Warner who stood down from the leadership role after being caught in the controversial ball-tampering row in Cape Town Test against South Africa. “We are happy to announce Kane Williamson as the captain of Sunrisers Hyderabad for IPL 2018,” said K Shanmugam, CEO of Sunrisers Hyderabad. Elated after his appointment as the new captain of the Orange Army, Williamson said: “I’ve accepted the role to stand in as captain for this season. It’s an exciting opportunity with a talented group of players.” Earlier, Cricket Australia banned the former Australia captain Steve Smith and vice-captain David Warner for a year and stripped them from their respective leadership roles. Smith will not be allowed to become captain for another two years whereas Warner will not be considered for a leadership role anytime in the future as well.

Kane Williamson has been appointed as captain of SunRisers Hyderabad for IPL 2018. pic.twitter.com/b5SMK8086U

Following CA’s ban, BCCI has also barred the Australian duo from playing in the upcoming season of IPL. Unfortunately, the absence of Warner is likely to hurt Sunrisers big-time as he was the key-man for the franchise in the past editions of the T20 tournament. The attacking left-hander has led the team with the bat, scoring 2579 runs in 59 innings at a whopping average of 52.63 and destructive strike rate of 147.70. He was also the man who led the team to IPL glory in the 2016 season]]>