Los Angeles is full of fun and interesting things to do. Between the beaches, shops, restaurants, and all of the various events and attractions, it’s easy to occupy yourself from day tonight.

But if you’re in the mood to see something new and learn a thing or two, the City of Angels is also packed with unique historical sites.

Ready to take a trip through LA history? Here are our five favorite historical sites in Los Angeles, California.

Located in Pacific Palisades, the Eames House is a must-see, especially if you appreciate architecture. Designed, built by famed designers Charles and Ray Eames, this unique site was once the Eames’ private home and studio.

Its façade looks like a Mondrian painting, combining square and rectangular shapes in a clean, modern pattern. It’s a sight to behold, and it stands out as one of the most recognizable homes in Los Angeles.

The home was built in 1949, and the Eames Foundation has made it available for all to see through private (yet somewhat expensive) interior tours. A tour costs $275 for 1-2 adults and $450 for 3-4 adults.

Don’t want to shell out hundreds of dollars? You don’t have to!

You can do a self-guided tour of the exterior and gardens for just $10 per person. And with the glass walls and expansive windows, you’ll still be able to see quite a bit of the inside.

Throughout the year, the site hosts free concerts and food festivals, so there’s always something new to see and enjoy. It’s fun for the entire family.

So what’s the history behind the El Pueblo monument? In 1781, Native American, African, and European settlers established a farming community in this very spot. Today, it’s a cultural hub of activity, offering something for everyone, whether you’re an LA native or a tourist passing through on vacation.

The El Pueblo monument is also a unique representation of the Spanish, Mexican, and local influences that run through every fiber of LA’s DNA. Spend a few moments here and you’ll understand how all of those various cultures came together to make Los Angeles the diverse city it is today.

If you’ve ever seen Rebel Without a Cause or La La Land, you’re already familiar with the Griffith Observatory. (It’s that huge building that sits high on a hill with the three domed roofs).

And while it may be one of LA’s most notable landmarks, it’s just one small part of Griffith Park.

Griffith Park was gifted to the city of Los Angeles by Griffith J. Griffith, who settled in the area in 1882 after having made a fortune in the Gold Rush. In 1896, he gave the land to the city under the condition that it be used as public parkland.

Today, the park is home to museums, the famous Greek Theater, and the LA Zoo. You can bike, walk, or ride horseback through the park’s trails. You can ride the merry-go-round, play golf, take photos of the Hollywood sign, and enjoy the site’s natural beauty.

The possibilities are endless.

Located in Beverly Hills, Greystone Mansion is one of LA’s most luxurious homes. Built in 1927, Greystone Mansion was home to Edward Doheny, who not only prospected for gold but was one of the first men to strike oil in California.

At the time the home was constructed, it cost over $3.1 million, a staggering price to pay back in the 1920s.

But here’s what makes Greystone Mansion so unique:

Just a few months after Doheny and his family moved in, he was found murdered inside the home. As if the Gothic architecture wasn’t enough, the murder inside really ups the creep factor!

Visit Greystone to tour the home and its surrounding grounds or enjoy special events, such as concerts and movie nights.

There’s nothing quite like watching the sun set over theSanta Monica Pier. If you’ve ever spent time in LA, you probably already know what a beautiful spot this is. But you might not know its historical significance.

The Santa Monica Pier has been a part of southern California life since 1909. It was the first concrete pier built on the West Coast, and that technology made it sturdier and safer than the wooden piers of the day.

The site’s first amusements (a carousel, a funhouse, and a roller coaster) were erected in 1916, and the pier only grew in popularity from there.

The pier had moments of wild success and terrible suffering, especially throughout the Great Depression and WWII. But throughout everything, the pier survived. To this day, it remains one of LA’s most iconic spots.

And if you’ve never been there, the sunsets over the Ferris wheel are nothing short of spectacular.

There is never a lack of things to do, things to see, or places to visit in Los Angeles.

As the second-most populated city in the U.S., LA is a somewhat magical place. The mansions of Beverly Hills and Bel Air. The coastal drive along the PCH. The seaside piers and boardwalks of Santa Monica and Venice …

LA has, and probably always will have, its own vibe and way of life.

But there’s a lot more to do in the city than shop on Rodeo Drive, look at the stars on the Hollywood Walk of Fame, and take photos in front of Grauman’s Chinese Theater.

Los Angeles has a rich history. Whether you live here or are just passing through, it’s worth checking out a historical site or two. Not only will you have fun, but you’ll learn something too. 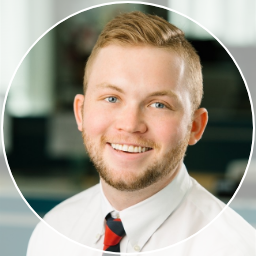 Angus Flynn is the Business Manager for Villa Bel Air.