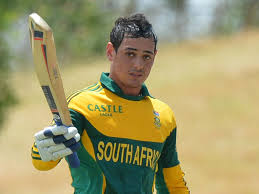 <![CDATA[]]>
<![CDATA[]]>
Home Sports South Africa wicketkeeper Quinton de Kock has been ruled out of the remainder of the ODI series, and the T20s against India after suffering a left wrist injury