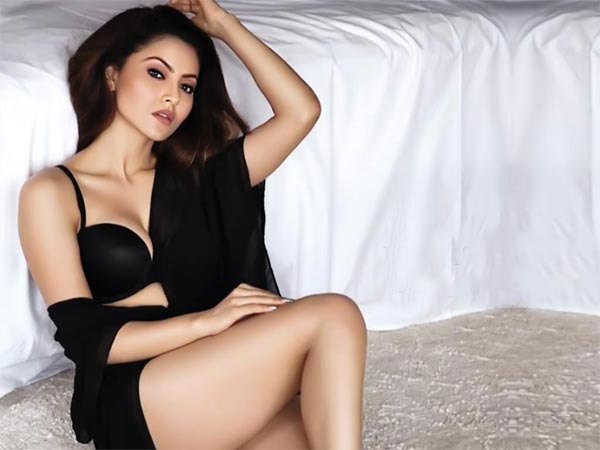 Watch all hot scene Hate Story Movie Franchise: The Journey of Hate | Hate Story IV Releasing 9 March Hate Story 4 is an upcoming 2018 Indian bollywood erotic thriller film written by Sammeer Arora and directed by Vishal Pandya.It features Urvashi Rautela, Karan Wahi, Vivan Bhatena in the lead roles. This is the fourth instalment in the Hate Story series Hate story 4 Cast: Urvashi Rautela as Tasha, Karan Wahi as Rajveer Khurana, Vivan Bhatena as Aryan Khurana, Ihana Dhillon as Maaya, Gulshan Grover as Vikram Khurana, James Abbey as Police Officer The Hate Story franchise is quite popular amongst the Bollywood fans as all the previous instalments have performed decently at the box office. And with this latest film, Urvashi Rautela will be a big attraction for the audience.The steamy sex scenes between Karan, Urvashi and Vivan are sure to soar up the temperature. The trailer also promises a lot of thrill and erotica, and it will definitely be a treat to watch for the fans of the series.

A few days ago the first song of ‘Hate Story IV’ was launched with Urvashi Rautela and singers Himesh Reshammiya and Neha Kakkar. The 2005 hit song ‘Aashiq Banaya Aapne’ which had Emraan Hashmi and Tanushree Dutta setting the screen ablaze with their bold chemistry, has been recreated for the film with Urvashi bringing her brand of sensuality to the big screen. She is not only mesmerising with her seductive dance moves but also makes jaws drop with her hypnotising act.
The music for the film is composed by Tanishk Bagchi, Arko Pravo Mukherjee, Mithoon, Tony Kakkar and Baman while lyrics are penned by Manoj Muntashir, Kumaar, Rashmi Virag and Shabbir Ahmed. The first song of the film, Aashiq Banaya Aapne from the 2005 film Aashiq Banaya Aapne originally composed by Himesh Reshammiya has been recreated for this film in the voices of Neha Kakkar and Reshammiya and was released on 31 January 2018. The second song of the film, Boond Boond which is sung by Jubin Nautiyal and Neeti Mohan was released on 6 February 2018.This is the first collaboration of Arko and Nautiyal.The third song to be released was Tum Mere Ho which is sung by Nautiyal and Amrita Singh was released on 13 February 2018.The song remarks first collaboration between Mithoon and Nautiyal following Baaghi 2.It is also the first Bollywood song for Amrita. The fourth song to be released was Mohabbat Nasha Hai which is sung by Tony Kakkar and Neha Kakkar was released on 17 February 2018. There is also a solo version of the song sung by Tony Kakkar. The fifth song to be released was Badnamiyaan which is sung by Armaan Malik was released on 21 February 2018. This is the second collaboration of them after Wajah Tum Ho from Hate Story 3. There is also a female version of the song sung by Sukriti Kakar. The sixth and last song, Naam Hai Mera originally composed by Reshammiya has also been recreated for this film in the voice of Neeti Mohan was released on 23 February 2018. The soundtrack was released by T-Series on 23 February 2018. ]]>