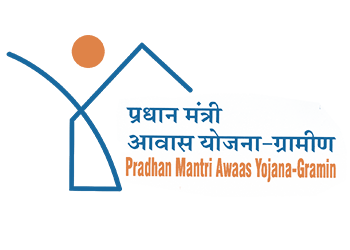 Home real estate What is Indira Gandhi Awas Yojana? Why is it Revamped as PMAY-G?

Over the last few years, housing in India has been growing at a remarkable rate. With around 65% of the earning population aged below 35 years, external financing has become a viable option for individuals trying to construct or purchase a house. As a result, around 28% of growth was observed in the housing sector through 2019, with this trend estimated to touch 40% by 2025. While a major contributor to this cause has been the various offers from financial institutions, government initiatives can be considered the most influential factor.

Launched in 1985, the IAY a.k.a Indira Gandhi Awas Yojana was one such government initiative that aimed to provide affordable housing to Indian citizens without a home. As a part of RLEGP (Rural Landless Employment Generation Programme), this initiative was primarily focused to uplift rural India. Revamped recently as PMAY-G (Pradhan Mantri Awas Yojana – Gramin, similar to IAY full form), this initiative incorporated relatives of defence personnel killed in action and widows amongst its beneficiaries by 1995-96.

The features of this initiative discussed below in detail, are quite similar to its present-day counterpart PMAY-G. However, tweaks in the program meant criteria that are more accommodative for deserving candidates. It was thus revamped as PMAY-G.

Among various benefits offered by IAY Gramin, use of locally available resources and eco-friendly materials was a vital provision. Furthermore, this initiative also promoted constructions of houses which would last at least 30 years, ensuring safe residence for rural populace with provisions for requirements like workplaces.

While there was no official reason to revamp this initiative as PMAY-G, this latter had greater scope. Where Indira Gandhi Awas Yojana primarily focused on the rural sector, PMAY looked to provide affordable housing for everyone, irrespective of whether an individual is residing in a rural area or urban. Consequently, while understanding this revamped scheme, it is also vital to note how urban residents can also get a house via PMAY. This initiative was divided into 2 sections, PMAY-U and PMAY-G, with its latter counterpart being very similar to the Indira Awas Yojana.

With subsidies under the scheme now available for every individual constructing his/her first home, financial institutions have also begun offering various features on their lines of credit to facilitate financing.

Potential applicants of external financing looking to avail the benefits of PMAY like that of Indira Gandhi Awas Yojana should keep a few things on their mind though. This initiative offers subsidies to home loan applicants only if they are constructing or purchasing their first house. Additionally, it is also necessary for potential borrowers to check and compare different available loan offers.

Along with comparing interest rates and features, borrowers should also use a home loan EMI calculator to check their total repayment sum and monthly payment amounts. Subsequently, applicants can decide on a convenient tenor before applying for a loan and repay with ease.